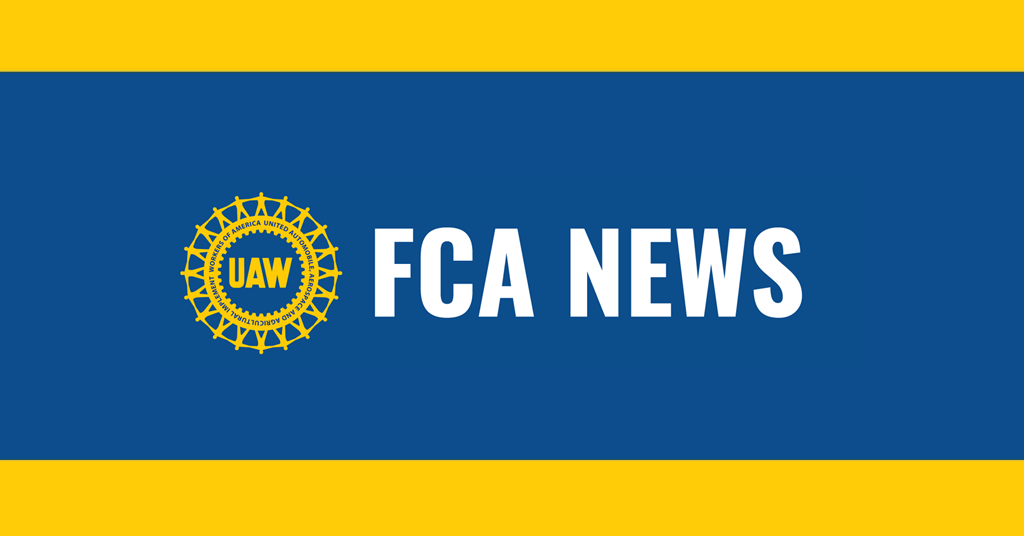 Detroit – The National UAW-FCA Council convened today and voted to send the proposed hourly and salary Tentative Agreements with FCA for a ratification vote of UAW members. In doing so, the UAW released details of the tentative agreements as approved by the UAW-FCA National Negotiators and the Council.

Local Unions will now proceed with informational meetings and ratification votes at all FCA local unions to be held beginning Friday, December 6.

“This pattern agreement lifts all current full-time employees to top pay in four years; provides parity on health care for all in-progression employees; provides a pathway to full-time status and eventually top pay for all temporary employees; prescription drug coverage for temporary employees; a $9,000 signing bonus for traditional members and a $3,500 signing bonus for temporary members; enhanced the profit sharing formula by 12.5% and created over 7,900 jobs from over $9 billion in investment – including $4.5 billion in newly announced projects,” said Cindy Estrada, UAW Vice President and Director of the UAW-FCA Department.

Estrada said the agreement reflects the strength of FCA’s profits in North America.

“UAW FCA members continue to grow in numbers due to the quality and innovative products they produce,” said Rory Gamble, Acting President of the UAW. “This contract continues a strong pattern that allows for continued growth – including a new Detroit plant – while rewarding members for their role in the companies’ success.”