Mother Jones, a woman of courage and strength 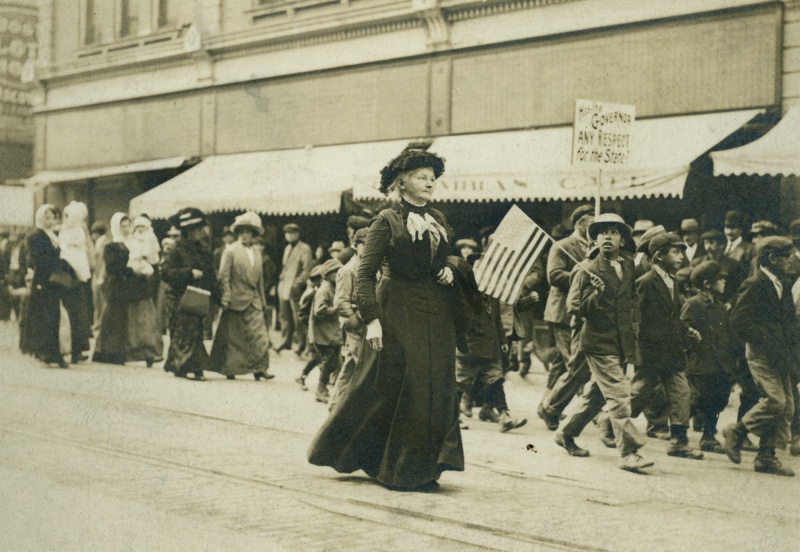 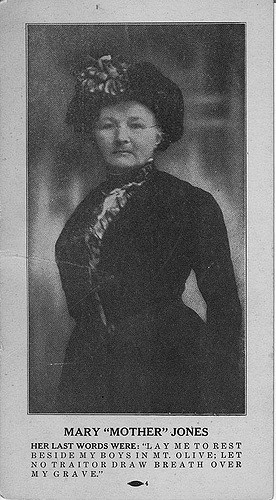 We celebrate Women’s History Month by thanking Mary Harris “Mother” Jones, a pioneer of workers’ rights, for her bravery and example for all who defend workers. She spent years risking her life facing off with anti-union companies in defense of abused coal miners and child workers in the late 19th and early 20th centuries. Jones led dangerous coal mine strikes, helped found the Industrial Workers of the World, organized anti-child labor marches and was always a vocal advocate for workers. She didn’t start life as a union advocate. In 1867 yellow fever killed her husband and children and the Great Chicago Fire four years later destroyed her dressmaking business. Jones reinvented her life and became an effective Knights of Labor and United Mine Workers organizer, so much so that Gilded Age power brokers called her “the most dangerous woman in America.” Her reply the next year was to lead a children’s march against child labor right to the front door of President Teddy Roosevelt’s New York home. The Senate would go on to denounce her as “the grandmother of all agitators,” while her command to “Pray for the dead and fight like hell for the living” would inspire workers to this day. She died at age 93 in 1930. In 1976 Mother Jones magazine was named for her and, today, the UAW proudly represents workers at Mother Jones in San Francisco. “Local 2103 has 45 reporters, editors and administrative workers at Mother Jones who are members of Local 2103, striving to live up to Mother Jones’s legacy of fighting for social justice,” said Local 2103 President Josh Harkinson. “It’s an honor to carry on her legacy by using in-depth journalism to shine light on today’s injustices,” he said.