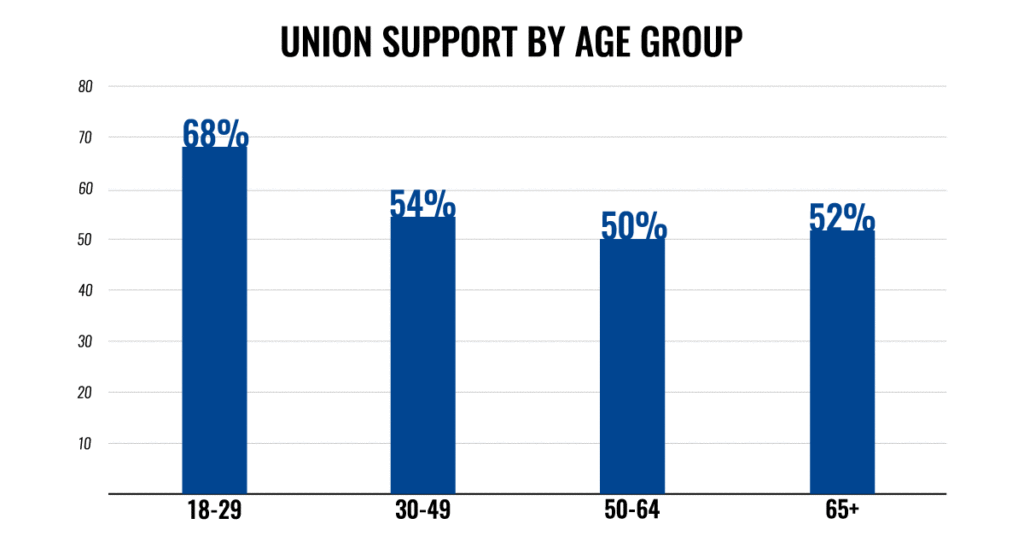 We hear a lot about Millennials, and how this generation’s attitudes toward certain products and industries are shaping the future of our economy. While it hasn’t received nearly as much attention, Millennial attitudes towards workplace conditions are also significant, with new research showing that they hold a very favorable view of labor unions.


A report published by the Pew Research Center found that 68% of adults age 18 to 29 hold a favorable view of unions, while only 46% hold a favorable view of corporations. Many factors, including Millennial interest in social activism, dissatisfaction with low wages, and concerns over the corporate automation of jobs have all played a role in the views of Millennials towards unions.

Over the past two years, we’ve seen unionization efforts gain momentum among graduate students on college campuses, as well as sectors of the economy that haven’t traditionally been associated with unions, including digital media, nonprofits, and coffee shops.

Election 2020: We must protect health care