Members are the Highest Authority 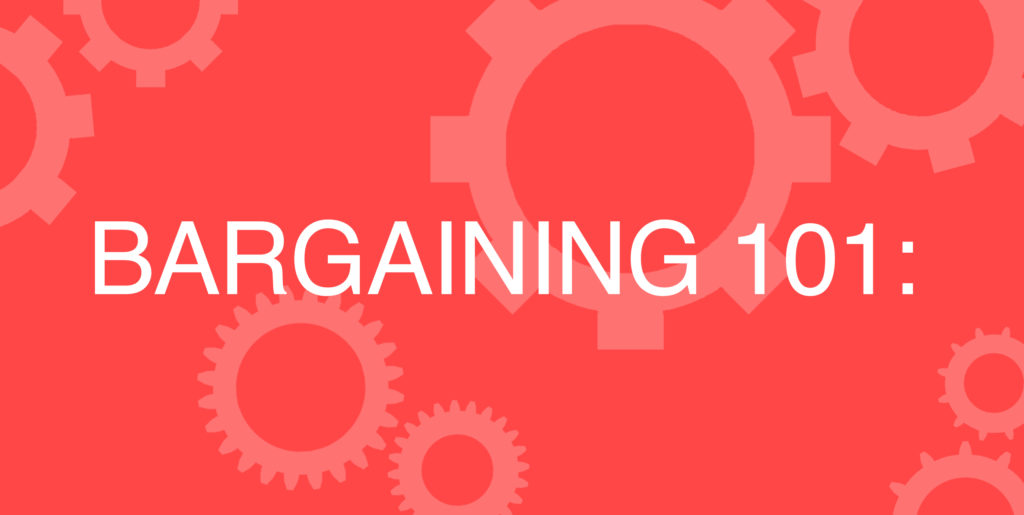 Members elect their local leaders, run their local union, elect their negotiators, vote on the contract and elect their grievance handlers.  Without question, the strength of our union begins and ends with membership.

This is especially true when it comes to bargaining.  Bargaining proposals are rooted in the information collected from members.  Whether it is a formal survey or discussions at union meetings, members give input to their leadership on bargaining priorities.  Top issues are identified and help form the basis of the union’s bargaining proposal to the employer.

Another way that members participate in shaping the bargaining agenda is through the UAW Collective Bargaining Convention.  Every four years, member-elected delegates from around the country gather to debate the various resolutions submitted by local unions.  A statement of principles regarding bargaining philosophy emerges through these debates.

Getting full member engagement during an important time like bargaining can be a challenge, but it is necessary to keep the union vital and strong.  UAW Local 6000 represents the state workers in Michigan.  They have over 17,000 members in 1,100 locations across the state.   “We know that we are only as strong as our membership support so a key part of our work is keeping members engaged and up-to-date,” says Miya Williamson, Director of their Can We Talk program who is also the Vice Chair of the Bargaining Committee.   “Because we are so spread out, we use technology and have done things like developing a YouTube channel with constant video updates.”  Williamson continues, “Membership involvement starts with information. But it doesn’t end there, because members also need to see themselves as part of the process.  Some people think that the labor movement is a handful of leaders or the institutions.  But hands down, the labor movement is the members.” 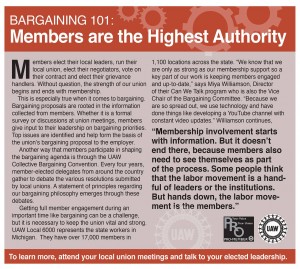