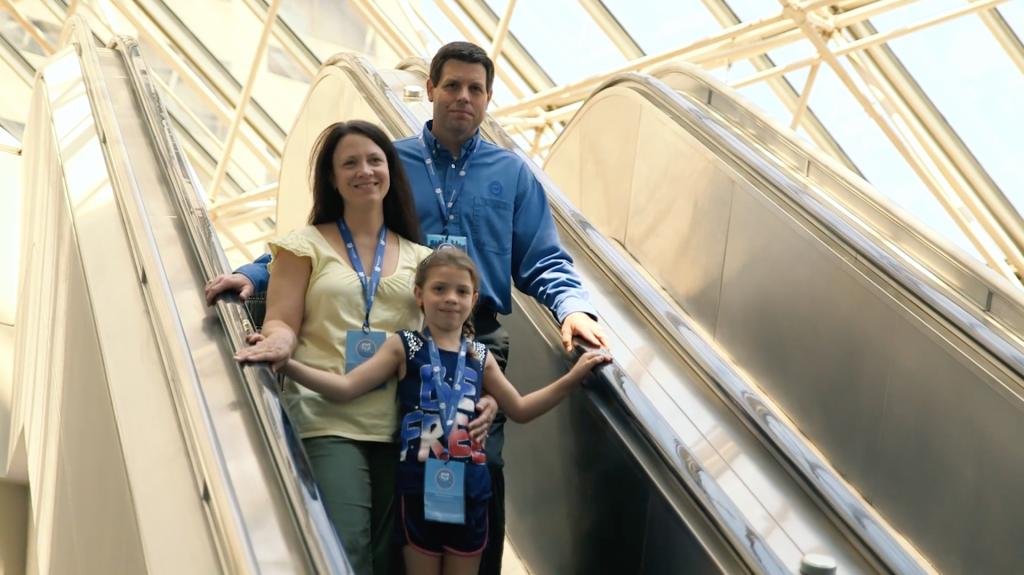 It’s difficult for Jason Barlow to explain the rash actions of Donald Trump to his 7-year-old daughter, Olivia. Barlow, president of UAW Local 402 in Springfield, Ohio, said Trump doesn’t act like a mature adult, let alone like the potential leader of our nation. Trump’s willingness to divide people through angry rhetoric and insults instead of bringing them together worries Barlow about Olivia’s future. She has heard the candidate speak about others in unflattering tones while watching television with her dad and mom, Rachele, who also attended the Democratic National Convention.

“I see her face. It’s scary,” said Barlow, who leads an amalgamated local that includes members who build Navistar trucks. “She has said, ‘That’s not nice. That’s bad.’”

When he talks to those considering supporting Trump, he reminds them about his past actions such as mocking a disabled person and insulting women.

“This man could possibly be the president of the United States of America. I’ve heard other people say, ‘He’s just speaking his mind.’ That doesn’t make it right. A mature adult doesn’t talk that way.”

Ben Brady, a UAW Local 863 member who works at the Ford Motor Co. Sharonville Transmission plant in Batavia, Ohio, asks people considering voting for Donald Trump to consider the effect he will have on the nation.

“Do we want someone who is divisive? Do we want a candidate who doesn’t feel America is already great?”  Brady asked. “Donald Trump has fought with his own employees. That’s not what we need to keep the middle class strong in America.”

Brady added that Trump has said he would keep auto jobs from moving to Mexico by helping UAW-represented auto companies to relocate operations to the South for lower wages, something “that doesn’t play well” with his fellow Local 863 members.