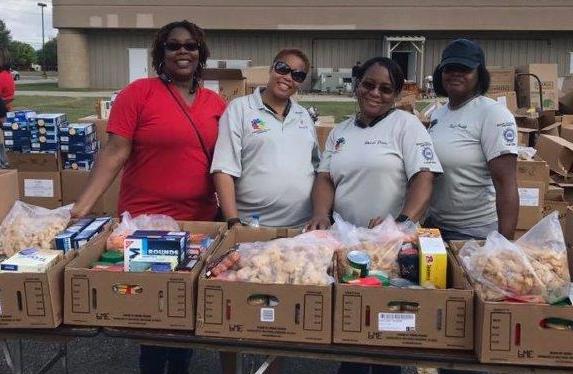 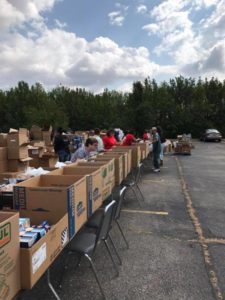 UAW members serve their local communities in many ways. Local 3000 members prove that more than 15 times a year sponsoring charity events for those in need.

Their latest give back to the community?

Local 3000 President Steve Gonzalez says the 5,500-member local, most from Flat Rock Assembly, line up at long tables on food pantry day at their local union hall in Woodhaven and form an assembly line to load up hundreds of boxes with food. “Each box has about 20 items from produce to non-perishables and canned goods. It’s aimed toward those in need who live in the Downriver area (south of Detroit). Some come on pantry day and pick up the food themselves, others we deliver to such as local senior citizen centers, community centers and churches.”

The food comes from Gleaners Food Bank in Detroit. The mobile pantry makes it possible for Downriver residents who can’t travel to Detroit to get the food.

“The people are gracious and they line up early on pantry day,” says Gonzalez. Demand hasn’t let up for the 10 years they’ve been at it, so they’ll keep distributing each year. Plus, it’s a win-win. The needy get the food they need and Local 3000 members get to bring a little hope to those less fortunate.

“It makes us feel good. We do about 15 charity events a year and we’re one of the more active UAW locals. We have a very giving membership.”

Save on Auto Insurance with Union Plus