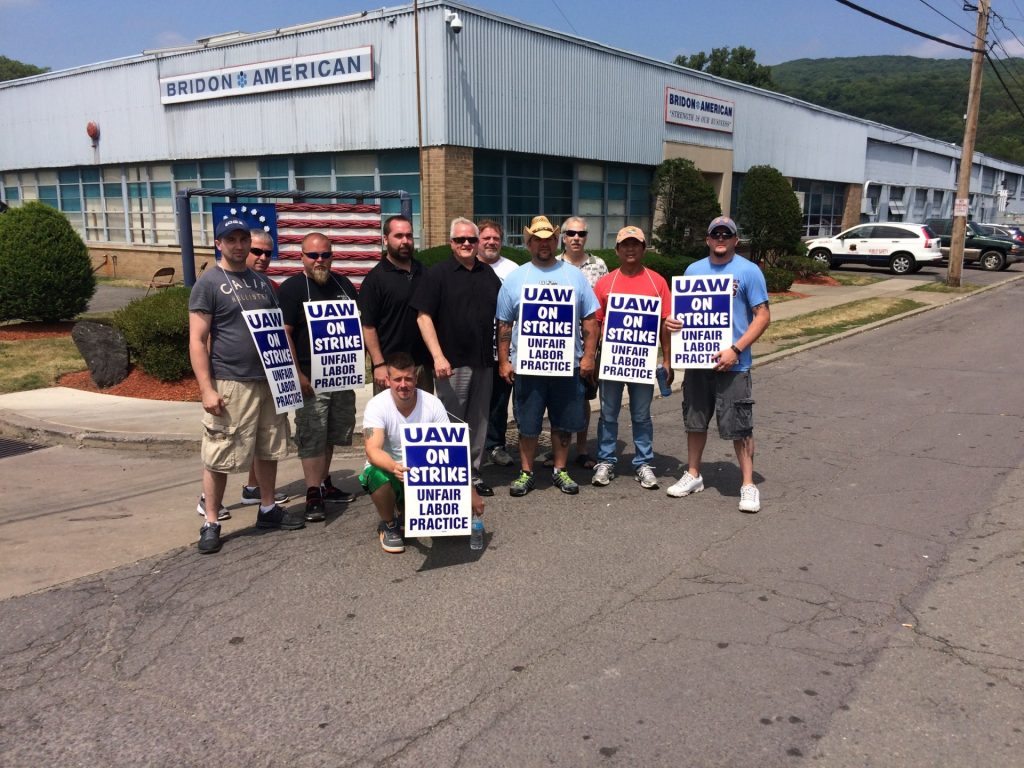 UAW members have been bargaining for a fair contract with Bridon for months. Unfortunately, Bridon American management has been unwilling to negotiate a fair offer on issues like health care and wages.

Bridon American is a leading specialist in the manufacturing of high quality steel wire and rope solutions for cranes, oil fields, as well as surface and underground mining projects. It has two locations, Hanover Township and Pittston, Pennsylvania. It is one of many companies represented by the amalgamated local.

At the same time that UAW members have been bargaining for a new contract with Bridon American, an unfair labor practice charge has also been brought against the company and is currently pending.

But even though Local 1612 members are now on strike and have filed a pending unfair labor charge, they are optimistic about the ultimate outcome and confident that the company will have to agree to UAW members’ demands.

Why are Local 1612 members so confident? Because they have the support of the community on their side.

Since the strike began, community support has been truly overwhelming. People driving by the pickets have stopped to share their support with UAW Local 1612 members, and community members have also dropped by to help by donating food and drinks.

In addition, drivers who take supplies into the company have refused to cross the UAW picket line, turning their trucks away and ensuring that the supplies Bridon American needs to run its facilities are slowly dwindling.

As long as UAW members and their partners in the community continue to move forward together in solidarity, nothing can stop the steady progress toward better jobs. And those good-paying, UAW jobs will help build a strong local economy and a strong community not just for UAW members, but for everyone in Hanover Township and Pittston, Pennsylvania.