Letter to the Prime Minister of Bangladesh: Call for the release of jailed trade unionists 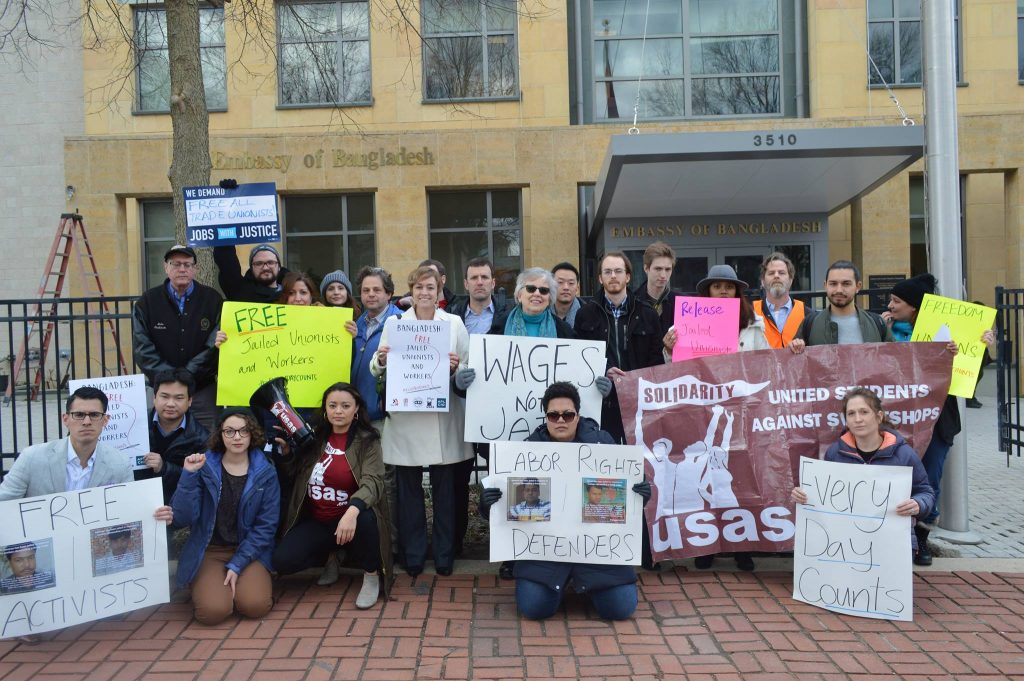 On behalf of the one million active and retired members of the International Union, UAW, I am writing to call on your government to immediately release all detained garment trade union leaders and worker activists, and drop all charges against them.

We are particularly outraged by the following actions:

– In December, 2016 the police called a meeting in Ashulia to discuss the strikes. They proceeded to arrest strike leaders who attended voluntarily. In filing charges against these detainees, they relied on section 16(2) of the 1974 Special Powers Act, which was repealed in 1991.

– Union offices in Ashulia have been forcibly shut down, ransacked and vandalized, sustaining substantial property damage and theft.

– Criminal cases have been filed against hundreds of named and unnamed workers.

– In Gazipur, police arrested union organizers, workers and at least one journalist. Some of those detained were beaten in custody.

Wages in Bangladesh’s garment industry are among the lowest in the world. It is unacceptable that the demand to increase the minimum wage is met with arbitrary detentions, suspended production at 59 factories, the firing of well over 1,600 workers and police cases against 600 workers and trade union leaders. Garment workers in Bangladesh have the unequivocal right to organize and must be paid a living wage on which they can survive.

Freedom of assembly is a well-established international legal right, binding on all states and protected by the Universal Declaration of Human Rights and the International Covenant on Civil and Political Rights. Collective participation in peaceful assemblies to promote and defend the interests of members is an essential aspect of trade unionism and fundamental to the right of freedom of association.

Bangladesh is a member of the International Labor Organization (ILO), which has repeatedly declared that freedom of assembly, opinion and expression are essential to the normal exercise of trade union rights. The ILO’s Committee on the Freedom of Assembly has specifically found that sentencing trade unionists to long imprisonments for “disturbance of public order” can constitute repressive measures.

I urge the government to immediately and unconditionally release the detained trade union leaders and activists, and drop all related criminal cases.