The law which helped fight the wage gap 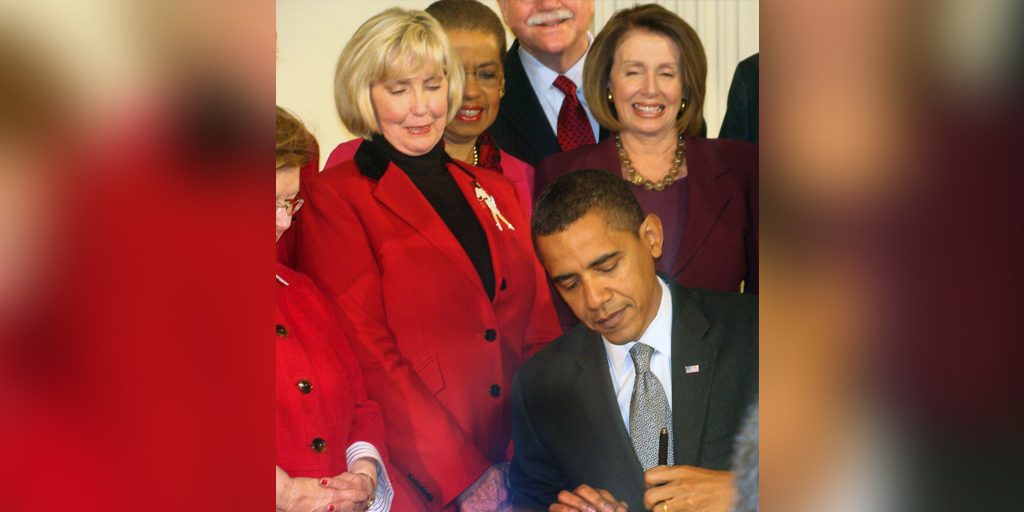 The first bill President Barack Obama signed into law was the Lilly Ledbetter Fair Pay Act on Jan. 29, 2009, which helped fight the wage gap between men and women doing the same work. The act amended the Civil Rights Act of 1964 by requiring that the 180-day statute of limitations for women to file an equal-pay lawsuit be reset with each new paycheck instead of expiring after 180 days after the first unequal paycheck is issued. The law was in response to a 2007 Supreme Court decision that said the clock starts ticking for the deadline to file a lawsuit when the employer first pays a discriminatory wage. Lilly Ledbetter took on Goodyear Tire and Rubber Co. in that 2007 Supreme Court case over the gender pay gap at Goodyear. Two years later, her victory with a law named after her rang throughout the country for women who still faced a pay gap with men. That gap exists even today but her courageous fight gave women more power in their battle to close the wage gap. The UAW stood by Ledbetter during her fight with Goodyear knowing that the fight to ensure wage parity between men and women speaks to a core UAW value: equal pay for equal work and the power of collective bargaining to ensure that all workers make the same wage for doing the same work. The UAW issued this letter of support for Lilly Ledbetter, signed by Alan Reuther who was the UAW’s legislative director at the time: 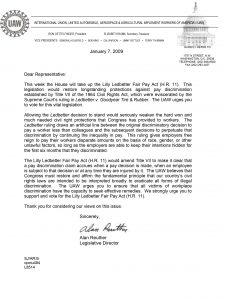