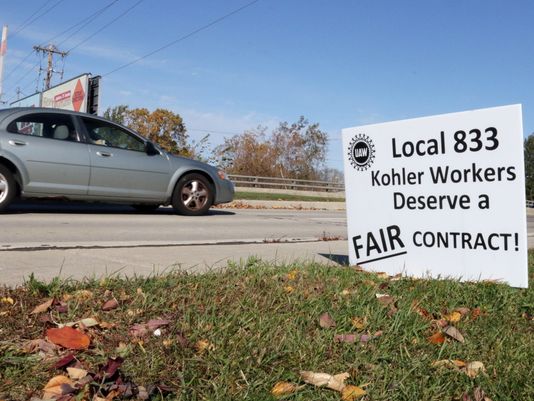 Negotiators for Kohler Co. and the United Auto Workers have reached a tentative agreement on a new labor contract, the local union president said Tuesday night.

If approved by the membership of UAW Local 833, the deal would end a strike by some 2,000 workers that began four and a half weeks ago.

Read the full article on jsonline.com >>>

We must lower drug costs!