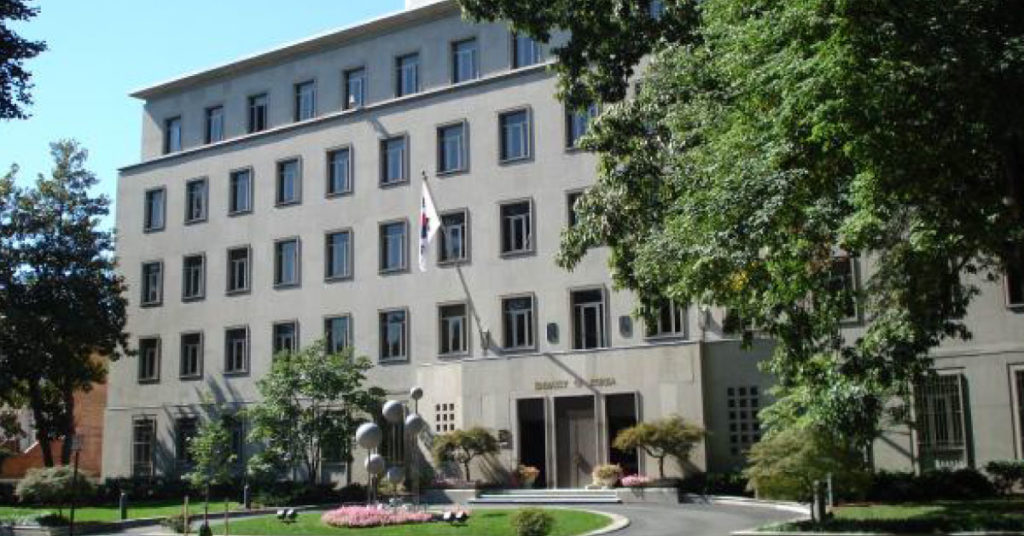 On Friday, February 9, labor and human rights activists will rally outside the Korean Embassy in Washington, D.C. to demand the release of two jailed labor leaders. Both leaders have been incarcerated for protesting regressive labor laws put in place by the former South Korean president.

Han Sang-gyun, former President of the Korean Confederation of Trade Unions (KCTU) has been incarcerated since 2015. Lee Young-joo confined herself to the KCTU office to avoid arrest and was eventually arrested after leaving the office in protest of Han’s incarceration.
These labor leaders have been unfairly persecuted for organizing their fellow workers and fighting for fair compensation and labor practices, universal rights which should be respected.
Solidarity Action with the Korean Confederation of Trade Unions
When: Friday, February 9 at 9:15 AM
Where: 2450 Massachusetts Ave NW, Washington, D.C
If you’re not able to join us in person, sign the petition and tell President Moon Jae-in to release these leaders and commit to upholding labor and human rights.
Share6
Tweet
Share
6 Shares

Statement of UAW Vice President Cindy Estrada, Director of the UAW FCA Department, on the Merger of Peugeot and FCA