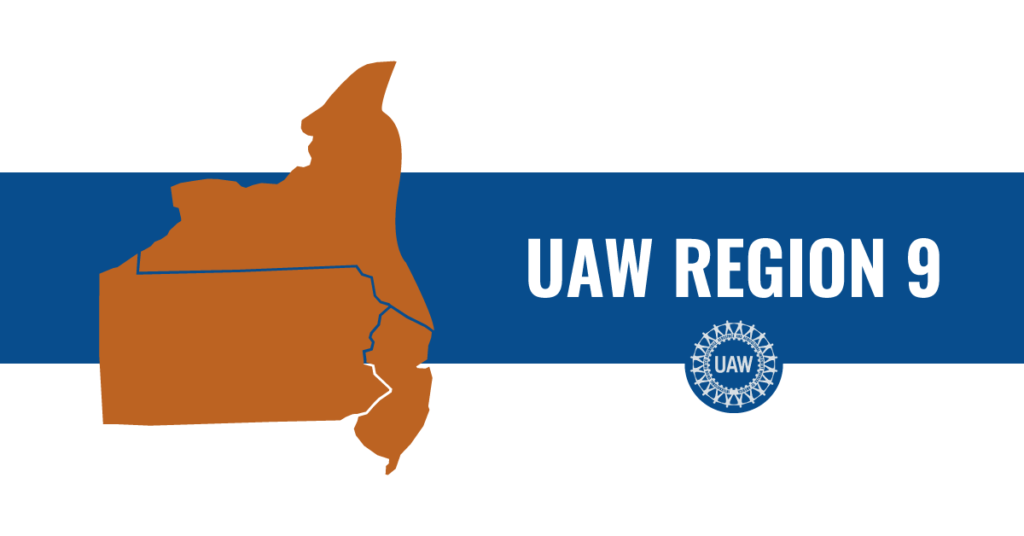 Buffalo, N.Y. — Jeff Binz was elected UAW Region 9 director today at a 2018 UAW Region 9 Special Convention, in Buffalo, New York, to fill the remaining term of former director Terry Dittes, who was elected as a UAW Vice President in January 2018.

As director, Binz serves on the UAW International Executive Board.

“In Region 9, we are a team. The hard-working members here bring the same spirit to their work and communities as Walter Reuther and our other great leaders have done since then. I plan to stand shoulder-to-shoulder with them as we continue fighting for good jobs, strong communities and political and economic justice.”

His leadership has included positions as the region’s national CAP representative, Region 9 retiree director and Region 9 New Jersey area director. Also, his assignments have taken him throughout the region where he has worked directly with active and retired members.

Born and raised in Trenton, New Jersey, Binz attended area schools and has been a life-long community activist.

His past and current community involvement includes serving as a member of the executive board of the Mercer County AFL-CIO, vice president of the Pennsylvania AFL-CIO, a member of the Knights of Columbus, a trustee of the Delaware Valley United Way, and a director of Community Service for the Knights of Columbus in Hamilton, New Jersey. Also, he serves on the board of the Workforce Development Institute in Albany, New York.

From 1996 to 2000 co-workers elected him to serve as the Region 9 CAP Council financial secretary.

His parents also were members of UAW Local 731 in Trenton. His mother, Laura, worked at General Motors as a press operator until her retirement in 1978, as well as father, Claude, who worked as a millwright retiring in 1973.

Binz, whose original local closed, is now a member of Local 774 in Buffalo, New York.

He resides in Burlington, New Jersey, with his wife, Deborah, and daughter Victoria.