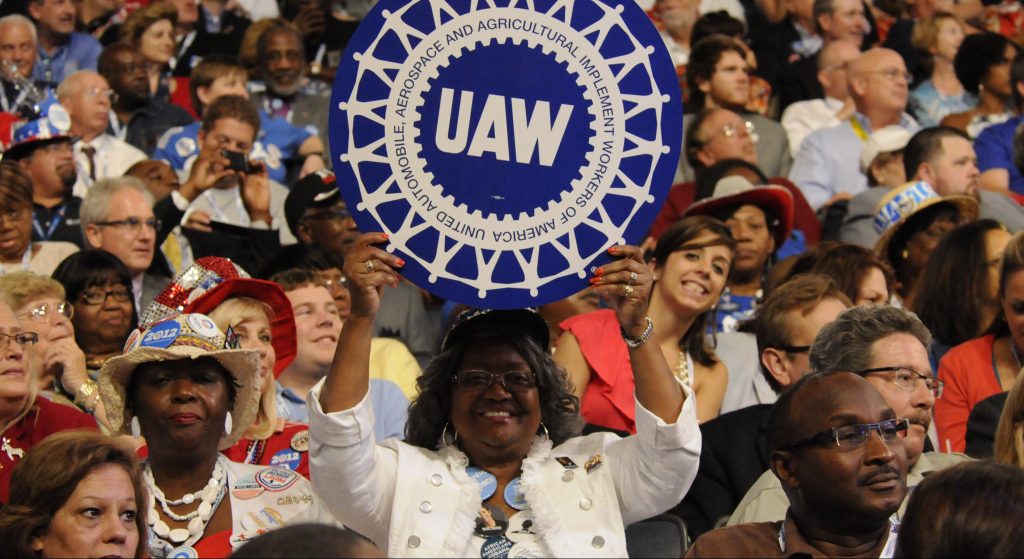 UAW members have many choices to make this fall, including who will be our next president. We know that the presidential candidate who supports the needs of UAW members and America’s working families is the best candidate to vote for in November. That’s why the UAW endorses Secretary Clinton for president. Senator Sanders helped frame the issues and has a great record. But at some point the reality of the numbers in this process, and the need to unite behind what is best for our members, matters.

That time is now.

“The primary process is at a point where it is time to unify and choose between two very good UAW friends,” said UAW President Dennis Williams. “Our UAW regions have gone through an extensive process of surveying our members. Each regional director took the time to listen to their membership and give input into the campaign season,” he said. UAW members need to unify behind a candidate who is pro-worker, one who will stand up for working families. The apparent Republican nominee, Donald Trump, is not that candidate.

We need a leader who is focused on raising the incomes of hardworking Americans, restoring full, collective bargaining rights, protecting workers from exploitation, protecting retirement security, and strengthening the manufacturing industry by promoting fair trade and investment in manufacturing.

Donald Trump stated that UAW members should compete with Mexico by taking lower, nonunion wages. When given a chance to clarify his position through our endorsement questionnaire, he refused.  Why would we support a candidate who wants our members to make less money?

Trump talks about trade but his own product lines are largely made overseas with nonunion, cheap labor. And his temperament is a concern, one that could lead to decisions that cause economic stress and negatively impact members’ wages and job security.

It is time to unify in the presidential race and support the best candidate for UAW members and their families. That choice is Secretary Clinton.

Snyder admits: no economic data behind “Right to Work” policies