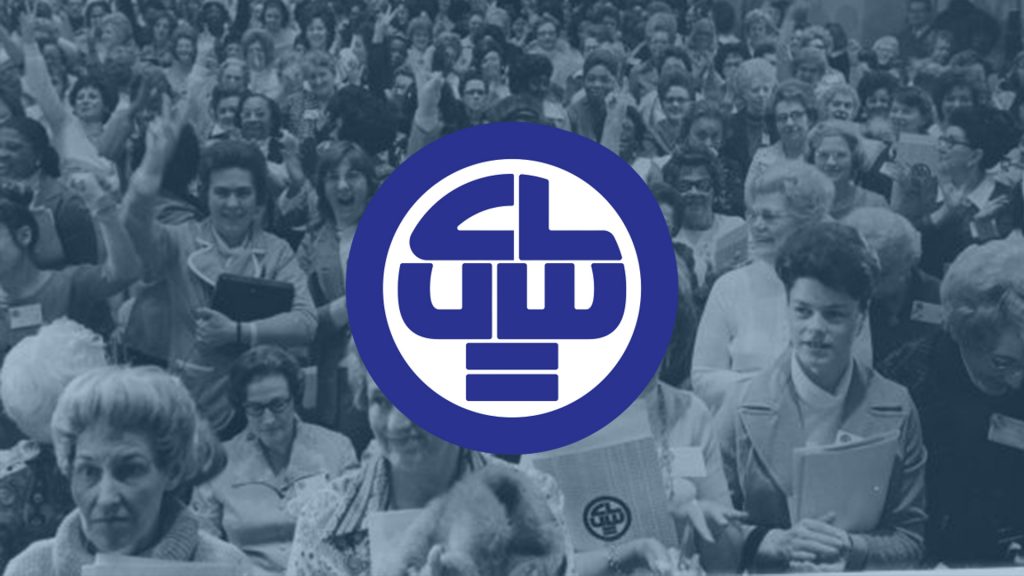 On March 24, 1974, over 3,000 determined labor union women and supportive feminists from across the United States convened in Chicago to create the Coalition of Labor Union Women (CLUW). Taking planes, trains and automobiles, the women gathered to outline a plan of action that would amplify their voices in the male-dominated labor movement of the time.

The UAW is proud of its role at that founding convention, which elected then-UAW Vice President Olga Madar as its first president.

Today, those pillars still inform CLUW’s work. Members advocate for positive change to current laws and policies that will lift the quality of life for women and their families, including equal pay for equal work, raising the minimum wage, enhancing child and elder care benefits, contraceptive equity, and protection from sexual discrimination, harassment and violence at home and at work. CLUW also speaks out on behalf of women for job security, workplace safety and affordable health care on the federal and state levels.

CLUW has dozens of chapters throughout the U.S. and Canada, with members representing most international and national unions. In addition to providing public advocacy on issues and a support network for women union members, local chapters provide member education and timely information about issues concerning working families. CLUW is endorsed by the AFL-CIO and its international and national unions.

Over 40 years since its establishment, CLUW’s work is unfinished. More labor union women and their supporters are needed to continue to grow their solidarity in the fight for economic and social justice for women. For more information, visit www.cluw.org.

FREEP: Gov. Whitmer vows to fight GM to save UAW jobs at Detroit-Hamtramck