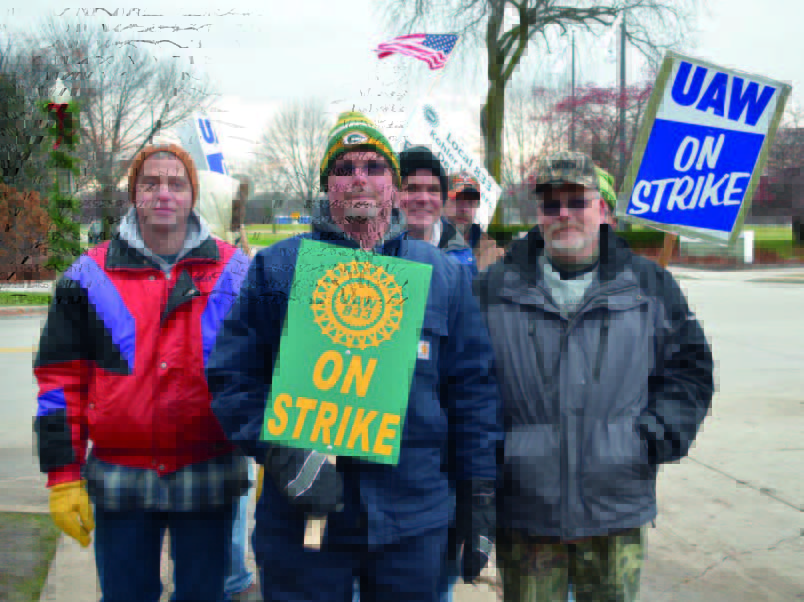 UPDATE 6/24/14 12:30 PM: Late Thursday night, Sakthi Automotive and the UAW reached a tentative agreement. Sakthi Automotive workers are scheduled to vote on the agreement Sunday, June 26,  at noon and at 4 p.m. at UAW Local 600 in Dearborn, Michigan. The strike has been canceled.

On May 8, 2015, workers at Sakthi Automotive in Detroit, Michigan, won their National Labor Relations Board election by a super majority in favor of forming their union at two plants located in southwest Detroit. Prior to the election the company ran an aggressive anti-union campaign which resulted in the company being found guilty of multiple unfair labor practices. The union started negotiations with Sakthi Automotive Jan. 7, 2016. The company has delayed these contract talks by consistently coming to the table unprepared and empty handed, and regularly canceling scheduled contract negotiation dates. They also have been regressive as they have changed their position on things workers had agreed to during negotiations.

Sakthi’s management team also has undermined the union by firing over 52 bargaining unit employees since the start of negotiations and back filling those jobs with temporary employees. The company has denied the in-plant elected committee the right to bargain or negotiate the effects of the disciplinary actions the company has issued to workers, and has failed to provide the union with information sought with several information requests. The company also has made unilateral changes in the plant that are mandatory subjects of bargaining without discussing them with the union at the table. All of these offenses committed by the company are unfair labor practices (ULP).

We are asking all UAW elected and appointed representatives for support in our upcoming ULP strike at Sakthi Automotive. We also would like the support of all rank and file members, as well as retirees.