Honoring our military on Veterans Day 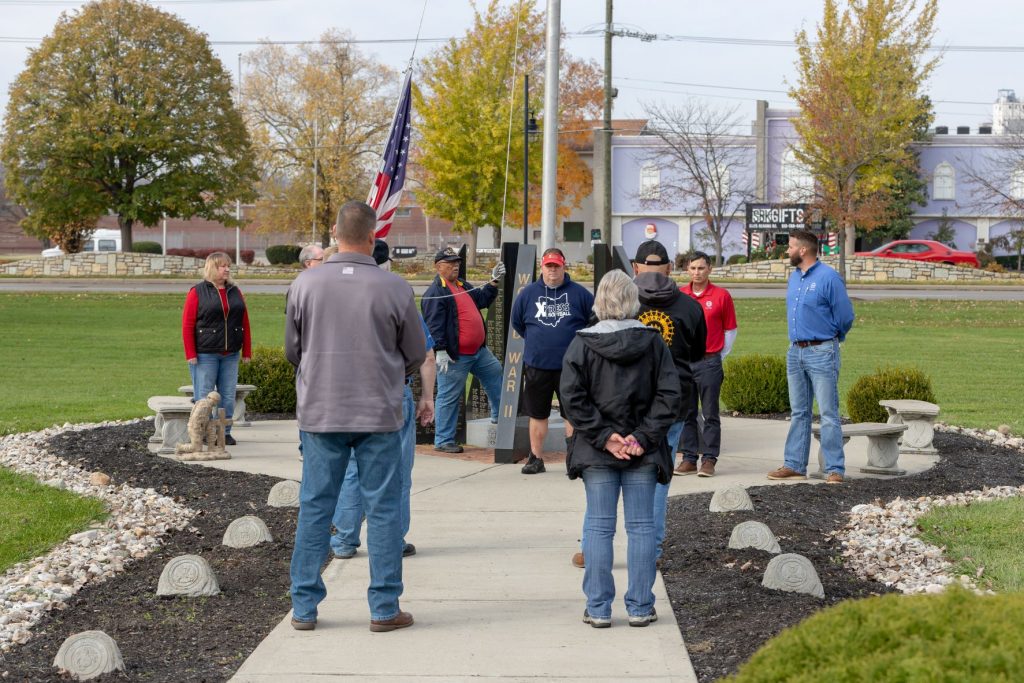 On November 11, people across the country will take a moment to honor our military veterans, who have sacrificed their time — and many their lives — by serving in the United States Armed Forces. In addition to their brave actions, defending our country and others, these men and women are a valuable resource to the entire labor movement. The UAW has a long history of supporting and recognizing the men and women in our military and their families. Numerous events are planned at the locals across the United States.

Some of the Veteran’s Day events include: 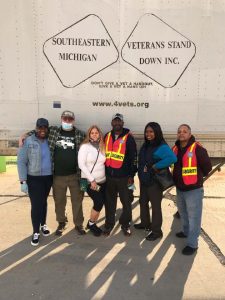 Six volunteers from Warren Truck, Local 140, assisted with the Southeastern Michigan Veterans Stand Down hosted at Macomb Community College on October 19-20. The Stand Down organization aids homeless veterans in the Detroit Metropolitan area by connecting them with area service providers to assist veterans in finding a place to live, suitable employment and training for employment. These efforts aid in helping them get back into the mainstream of life’s day-to-day activities.

Local 600  November 12th,5:30pm Event sponsored by Local 600 and the Michigan Poor People Campaign.  This event is to raise awareness about deported veterans who were promised an expedited track to become US citizen for serving in the armed forces.  During this event, a mural painted by some of the deported veterans will be dedicated in the Reuther Hall.  The mural projects mission is to uplift the stories of deported veterans and others.  There event will have speakers in person and livestreamed. 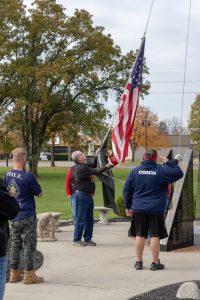 UAW Local 863 is hosting their annual Flag Raising Ceremony at the local union hall in front of the Veteran’s Memorial at 11:35 am onNovember 10, 2021.

Region 8 will host a Veterans Appreciation Night on November 13 beginning at 5 p.m. This event is being held by UAW Local 3520, a heavy truck assembly plant located in Cleveland, North Carolina. Local 3520 also is planning a clothing drive for homeless veterans.

Earlier this year, on July 20, Region 9 members assisted as “The Wall That Heals” memorial was escorted to Veterans  Park in Tonawanda, New York. An estimated 250 to 300 motorcyclists from very diverse backgrounds participated in the escort. The escort was also followed by a refueling plane from the Niagara Falls Air Force Base. On July 21, 2021, volunteers from the Region 9 Veterans Committee gathered to set up and assemble the memorial. They worked to assemble the wall, and the mobile museum. The memorial is a three quarters replica of the original Vietnam War Memorial in Washington, DC. Then, on July 25 volunteers gathered once more to disassemble and pack up the memorial to send it off to its next location. The memorial will make 38 stops around the country, before returning to Washington.

The 23rd Annual Region 9A Veterans Council Dinner Dance, Working Together to Help Our Veterans, takes place on Saturday, November 13 at the DoubleTree by Hilton in Bristol.

Proceeds provide donations of gift cards to VA Medical Centers as well as to community organizations like Veterans Coffee Houses, American Vet Dogs, Run to Home Base and sponsoring a “Take a Vet Fishing” event.

Two speakers from Local 2377 will be featured:

The UAW Veterans Committee is always seeking members willing to represent the interest of active and retired UAW Veterans and their families. This committee is dedicated to advocating for the political and social concerns of veterans through leadership, guidance and education. If you want to build and enhance the dignity that all veterans have earned by serving their country, the Veterans Committee encourages you to participate. More information can be found here.