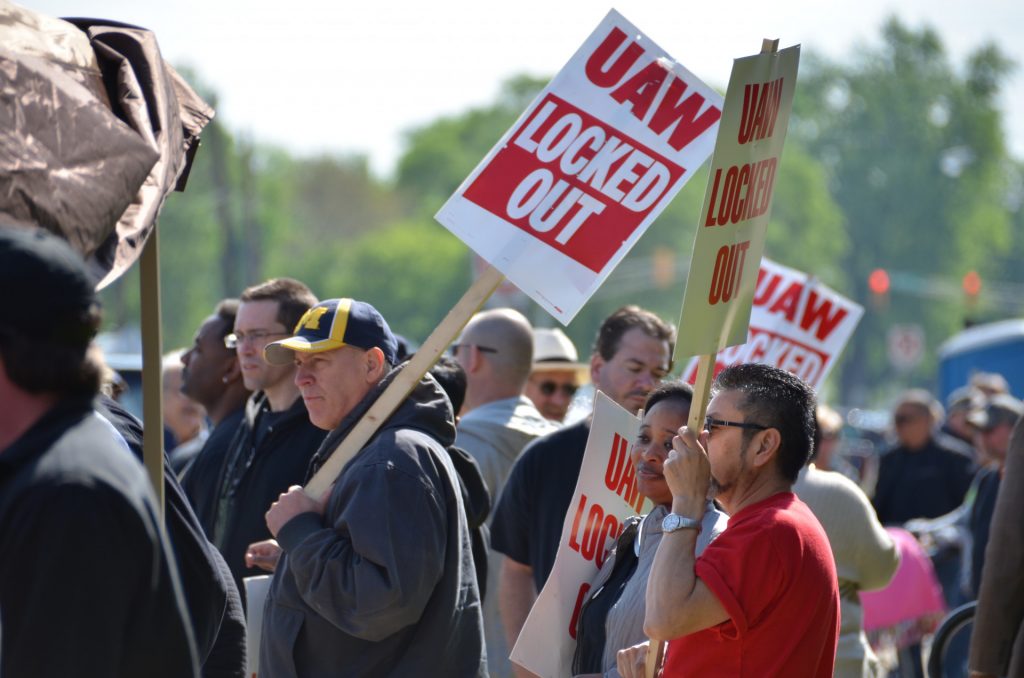 “Over the past two days UAW Local 9 and UAW Local 1508 bargainers met in good faith with Honeywell to bargain a fair and equitable contract.

UAW members once again asked Honeywell to end its lockout and put our members back to work.

The UAW came to the table and submitted numerous proposals that are responsive to our members’ concerns and we did make progress on a few issues. There are many difficult and substantive issues that remain and Honeywell came to the table with no new proposals or ideas to solve the main issues dividing the parties.

The good faith effort by the UAW was marred by Honeywell’s treatment of the union’s health and safety expert who, although allowed in the plant, was prevented from conducting health and safety tests to make sure UAW members are protected from hazardous materials while manufacturing aircraft wheels and brakes for our U.S. military and commercial customers. (See letters attached).

Federal mediators were helpful in our discussions and the UAW was happy to have their participation which helped keep Honeywell negotiators’ tone on track. The UAW has offered dates for future bargaining and are waiting to hear from Honeywell, but highly experienced UAW members continue to be locked out of their workplace while Honeywell employs out-of-state, part-time replacement workers to manufacture critical aircraft components.”