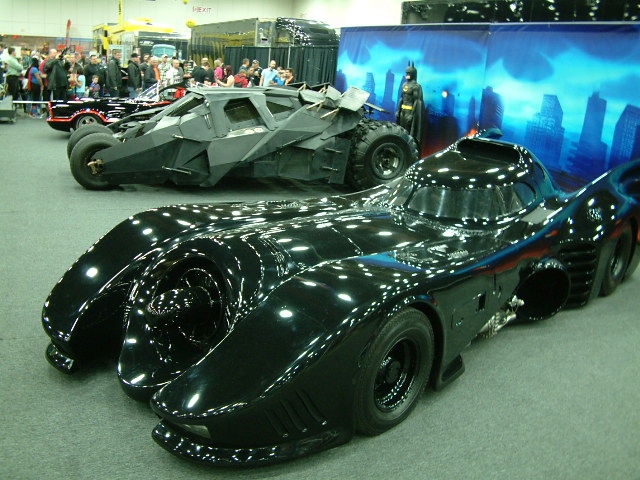 Today we celebrate National Batman Day by celebrating the role UAW members played in the creation of one of Hollywood’s most famous line of vehicles – The Batmobile.
“Quick! To the Batmobile!”
The Batmobile first swung into popularity in 1966 when a futuristic 1955 Lincoln Futura prototype was transformed into the crime-fighting vehicle for the caped-crusader himself, Batman as he fought such villains as the Joker and Penguin around Gotham City.
Although the prototype was hand-built in Italy, the engine was a Ford FE 390ci v-8 built here in North America by UAW members.  In fact, the campy television show helped boost sales of Lincoln vehicles, which led to increased production.
The Batmobile was reinvented when director Tim Burton brought one of America’s favorite superheroes to the silver screen for the first time with 1989’s movie Batman.  The ominous and menacing looking Batmobile was custom-built by the film’s special effects crew and designed to look like the armor of a medieval knight.
One of the most fundamental parts of the 1989 Batmobile was the 1967 Chevy Impala chassis in which the car was built upon.  And that chassis was built by UAW members!
Tim Burton’s follow-up movie from 1992 was Batman Returns, which featured a new Batmobile that was also built on a Chevy Impala chassis.
In fact, if you look deep enough into all of the Batmobiles brought to the screen, you will find a connection to UAW members across the country. 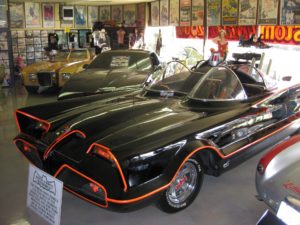 So as we celebrate National Batman Day, our members can take a little pride in knowing that Batman and his alter-ego, Bruce Wayne, support the UAW and our membership and value the working class people that make Batman the superhero of the people.
Share332
Tweet
Share
332 Shares