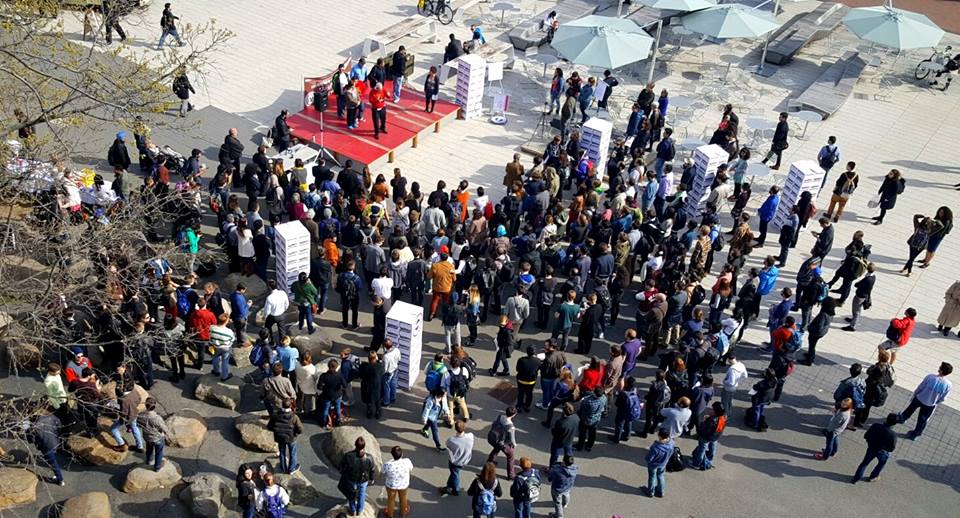 “We’re responsible for teaching thousands of students every day, grading papers and exams, and conducting breakthrough scientific research. The work we do helps bring in about $819 million in grants and contracts each year,” said Kate Franz, a 5th-year research assistant in the Virology Program. “Without us, Harvard can’t function, let alone remain a world-class university. But to justify denying our right to negotiate for better working conditions, the administration has refused to acknowledge what we do as work.”

Harvard University administrators recently filed an amicus brief with the NLRB, arguing against graduate workers’ rights and aligning themselves with known anti-worker front groups, including the Right to Work Foundation, which submitted an amicus brief in support of the university’s position.

“We are calling on the administration to agree to a free and fair democratic process for forming our union, just as was done at New York University,” said Niharika Singh, a research assistant in the Public Policy Department. “We are standing together today because we want Harvard to do the right thing and let us choose.”

Nationwide, graduate workers, university faculty, elected and community leaders and labor law experts have come together to call on higher education elites to recognize the rights and contributions of graduate workers who are teaching, researching and mentoring at their universities.

The NLRB is currently considering the reversal of the 2004 Brown decision that previously stripped graduate workers of their rights as employees, prompted by complaints filed by graduate workers at Columbia and The New School. Overturning the decision would be a landmark in recognizing the contributions and rights of graduate workers and opening up the opportunity for graduate workers nationwide to form unions.

The much-anticipated NLRB reversal will come on the heels of a slate of wins in higher education organizing at private universities, supported by the UAW. The UAW currently represents more than 30,000 graduate workers.  After an eight-year effort to win their union, NYU graduate workers won a neutrality agreement with the university administration in 2013. Since then, thousands of graduate workers at Harvard, Columbia, The New School and other universities have started organizing their unions through the UAW.