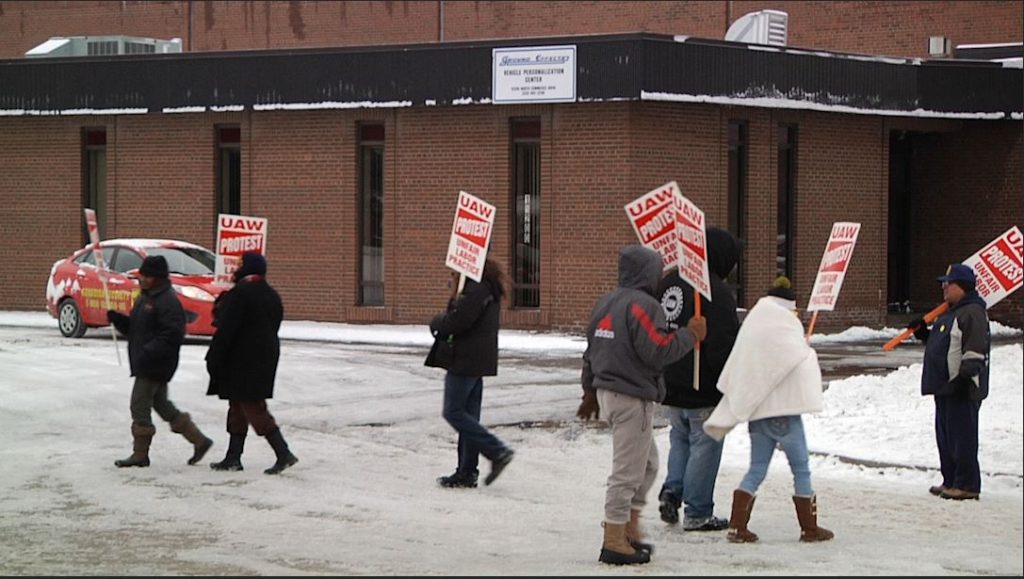 Yesterday, citing major health and safety violations and retaliation including firings of workers, dozens of protestors began a protest action at Ground Effects, an automotive supplier in Dearborn.

You can hear the workers’ story in the video below:

The NLRB in December 2015 ordered a new election following a narrow union representation election loss citing the company’s objectionable conduct during union organizing drives. Some workers involved in supporting the union have since been fired.

A full list of the alleged OSHA Health and Safety Violations can be downloaded as a PDF here.

UAW Statement of President Rory L. Gamble on Health and Safety Standards Regarding the Reopening of Worksites