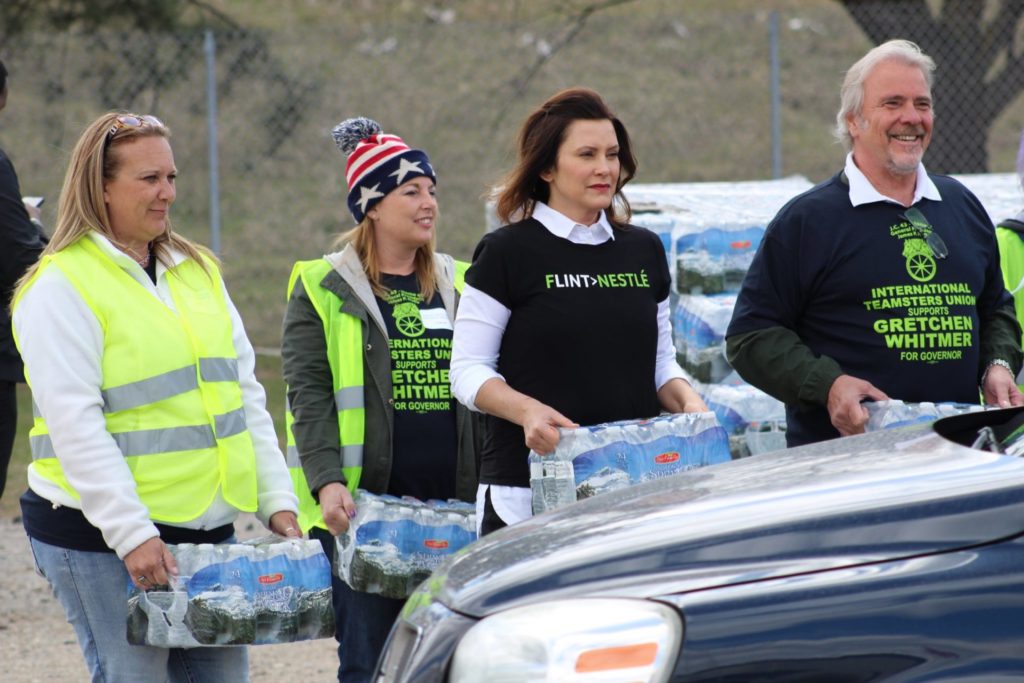 Michigan Teamsters Joint Council #43 President Greg Nowak said Whitmer’s time on the front lines of the fight to ensure every community has access to clean, safe water makes her our strongest candidate to get things done for the people of Michigan.

“We’re here today because once again, the people of Flint are suffering because our Governor and Attorney General put dollars and cents ahead of people’s lives,” said Nowak. “Flint needs a fighter in the Governor’s office who is going to get things done. Gretchen has a concrete plan to fix our infrastructure so communities across the state are confident that their drinking water is safe.”

UAW Region 1D Director Gerald Kariem said in Whitmer, Flint will have a partner in the Governor’s office.

“If the people of Flint are ever going to trust the water coming out of their taps, we’ve got to elect a Governor who knows how to get things done,” said Kariem.”Gretchen Whitmer is a proven fighter who has a plan to ensure clean, safe water for every community in Michigan, and we’re proud to be here with her today.”

“There’s no reason that the state that’s home to 21 percent of the earth’s fresh water should have a community full of people who can’t bathe their children or give them a glass of water at the dinner table,” said Whitmer. “We’ve got to get our priorities straight and fix the damn pipes so every community in Michigan trusts the water coming out of their taps.”