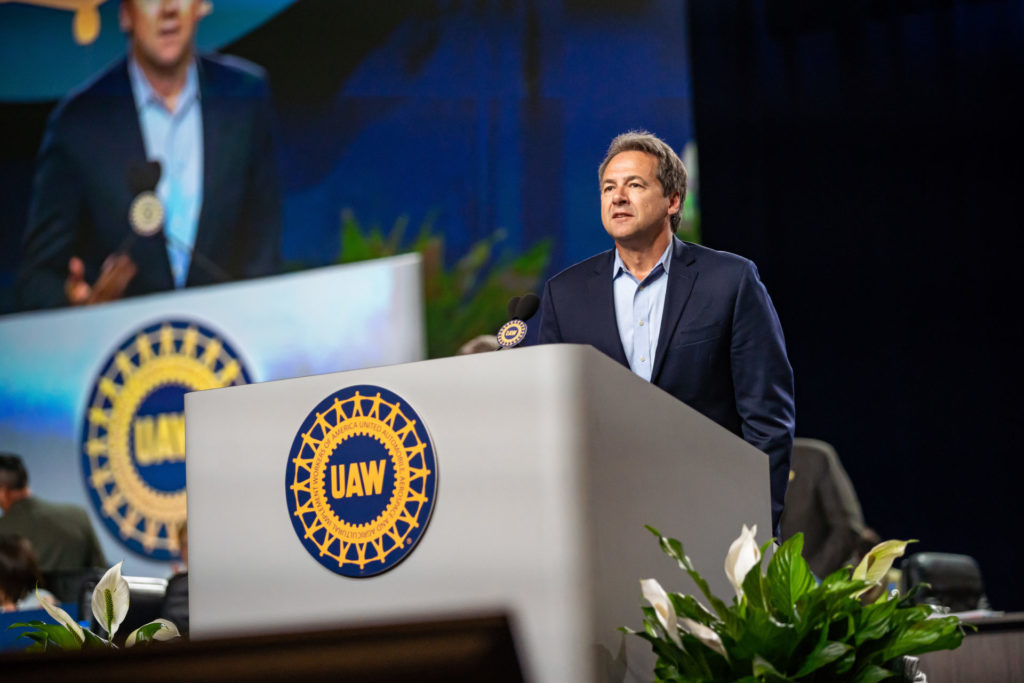 He shared a story from 1917 about 168 miners who died in the worst hard-rock mining disaster in the United States at the Granite Mountain mine. The tragedy led miners to fight for more protections and safer working conditions. In later years, Detroit auto workers, like the Montana miners, were fighting for good jobs and safe pay. As those fights ramped up all over the country, workers were banding together, bringing attention to poor working conditions and eventually winning contracts with job security, pensions, health and safety protections and decent wages.

The parallel, said Bullock, shows that even when faced with challenges, when workers and unions continue to fight, they can win.

“No matter whether you live in in Butte, Montana, or Detroit, Michigan, at the end of the day most people actually want and value the same thing,” he added. “No matter where we live, we want a job that can support our family and we can be proud of. We want a safe community. We want a roof over our head. We want clear air and clean water.”

In the fight to maintain those values, unions are up against regressive legislation and other attacks.

“Together you have the power to remind elected officials that they work for you,” Bullock said.  “There are people in the country who are trying to pit us against one another. They try to divide us by who we vote for, where we are born, what we do, how we look, how we love, how we worship.” Bullock said.  “Demand more of your candidates, your leaders and your elected officials.”

Happy New Year from the UAW!

Did You Know? Five Products Made by UAW Members