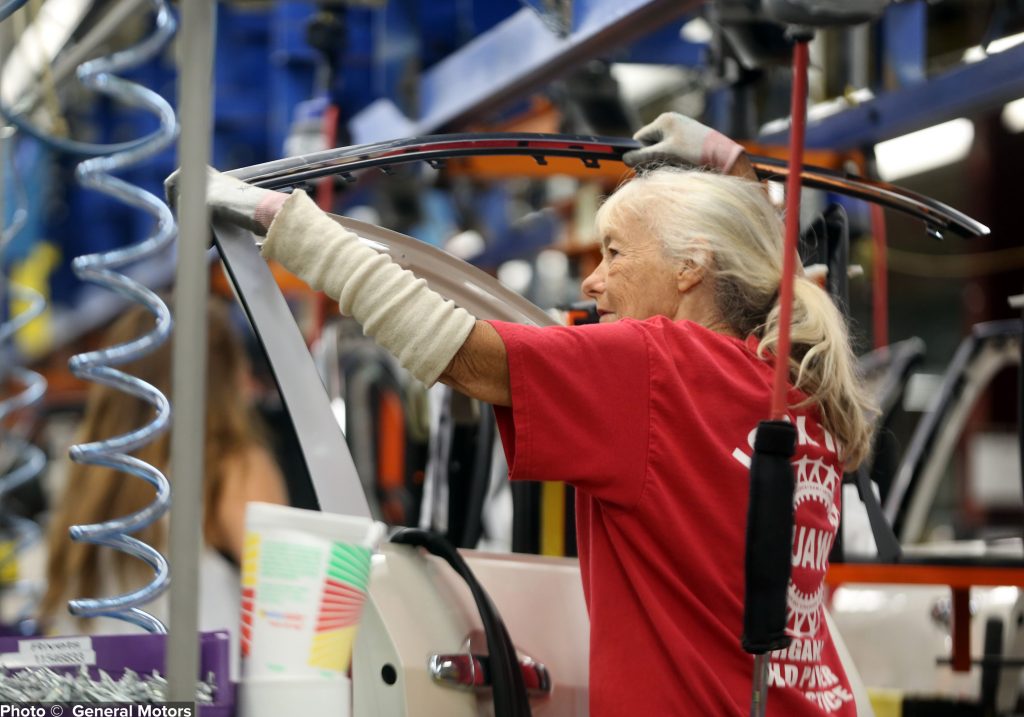 Brings total announced investments in Tennessee to $936.7 million in 2016

SPRING HILL, Tenn. — General Motors will invest $788.7 million for an all-new, high-efficiency engine program, as well as projects to modernize the vehicle programs at its Spring Hill Manufacturing Plant, creating 792 and retaining 16 jobs. At the same time, GM announced a $118 million investment at its Bay City Powertrain facility, creating 29 and retaining 67 jobs.

Since 2010, GM has announced investments of more than $2 billion for the Spring Hill operations. This includes a $148-million investment announced in February to repurpose flexible machining and assembly equipment to build V8 engines.

“This investment will help GM and our workforce continue to put the customer at the center of everything we do, providing them with powertrain solutions to meet their changing needs,” said Arvin Jones, GM North America manufacturing manager. “Today’s announcement reinforces our absolute faith in this facility, and our strong commitment to this community and the state of Tennessee.”

According to Cindy Estrada, vice president and director of the UAW General Motors Department, this investment helps secure a bright future for its workforce.

“UAW members at Spring Hill and Bay City have well-earned reputations for quality work and craftsmanship,” said Estrada. “Since the 2015 collective bargaining agreement, GM has invested more than $1.7 billion and UAW-GM members, their families and their communities will all benefit for years to come.”

Construction will begin in May and will last several years.

“Spring Hill and its employees have earned a reputation for producing award-winning engines,” said UAW Local 1853 Chairman Mike Herron. “GM recognizes this and we’re thankful they are investing further in the future of this facility and this community.”

Numerous local, state and federal officials attended the announcement to show their support of the investment in capital and employment, including Tennessee Gov. Bill Haslam.

“We want to congratulate and thank GM on another substantial investment in Spring Hill and its workforce,” Haslam said. “Tennessee is number one in the Southeast for job growth over the last year, and we continue to attract investment from companies that can choose to do business anywhere in the world. It is exciting for our entire state to see long-time partners like GM continue to invest in Tennessee and create high quality jobs here.”

The Tennessee Valley Authority worked with government and company representatives in helping secure this investment announcement.

”TVA understands the importance of reliable, affordable electricity to General Motors and the entire automotive industry. We are proud to be a partner in this announcement, which will lead to more jobs and investment in the region’s economy,” TVA President and CEO Bill Johnson said.

Spring Hill Manufacturing opened in 1990 and produced Saturn vehicles until March 2007. It produced the Chevrolet Traverse from September 2008 until November 2009, and the Chevrolet Equinox from September 2012 until October 2015. Currently, the site operations consist of a flexible vehicle assembly plant producing the Cadillac XT5 and the GMC Acadia, an engine plant making 4-cylinder engines, a stamping plant, a body shop, a paint shop and two polymer injection molding operations. Engines and stampings are supplied to various GM assembly plants globally. The complex will begin building small block V8 engines by the end of 2016.

Bay City Powertrain produces engine components that are used in Chevrolet, Buick, GMC and Cadillac vehicles.  The plant opened in 1892 as National Cycle Manufacturing Company and produced a new bicycle to replace old high-wheeled types.  In 1916, William Durant and Louis Chevrolet bought the plant and the plant was added to the General Motors portfolio in 1918.  With this investment, GM has invested or will invest $249.4 million in Bay City Powertrain since 2010.