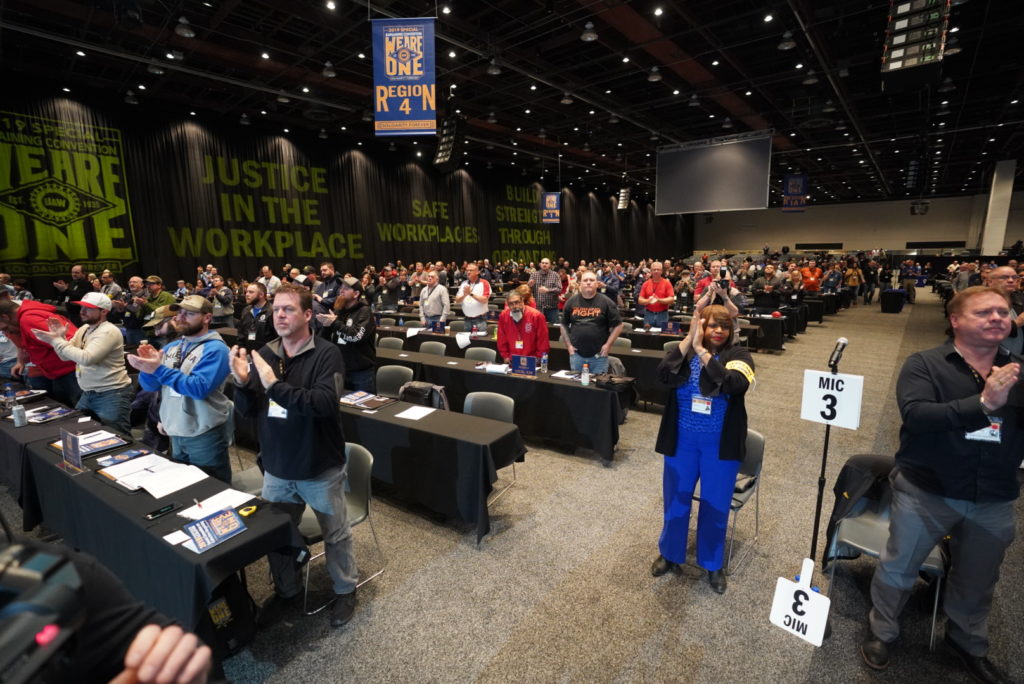 In her report, Estrada said FCA will open the first new auto plant in Detroit in nearly three decades. “You can build a plant right here in the city of Detroit with union wages and still make a profit,” she said.

In her remarks, Estrada emphasized how critical bargaining and the role of the UAW is to protecting and maintaining workers’ rights, safety on the job, and quality.

“One of the things we know is that if quality is left up to the company, they screw it up every time if they don’t have the input of the workers,” she emphasized.

UAW negotiators will address a variety of topics, including quality, health and safety, wages and other key issues during bargaining later this year.

Dittes told delegates, “GM employs over 48,000 UAW members, makes more profits than Ford or FCA USA, makes more cars and trucks than the other two but does not build the most cars in the United States.”

And with the recent news that GM wants to idle some U.S. plants, UAW members must fight back, Dittes stressed.

“One-third of these vehicles are made in Mexico for the sole purpose of sending them to the United States to sell,” he said. “When they hurt one, they hurt us all. We need to stand together.”

UAW Vice President Rory Gamble, who directs the union’s National Ford Department, is scheduled to report on his sector and introduce the UAW Ford National Bargaining Committee on Wednesday.

In Heavy Truck, there has been record hiring at all locations of assembly, engine production, parts manufacturing, and parts warehousing, Curry reported. New contracts have won wage increases, improved benefits, and elimination of the second tier.

The Agricultural Implement sector could see growth through the passage of an infrastructure bill by Congress. “Unfortunately, this sector can also see reductions in equipment sales based upon global tariff rules,” Curry added.

At General Dynamics, Curry reported that “federal defense budget funding can and will impact this sector unlike any other in the years ahead.” He also presented a snapshot of a fiscally sound UAW with a balanced budget and a robust Strike and Defense Fund of $767 million.

In a video address, Jonathan Rosen, an occupational safety and industrial health consultant, stressed that the lack of an ergonomics standard is contributing to the opioid addiction crisis. “One of the leading causes of pain treatment are sprains and strains, which are caused by pushing, pulling and lifting,” he said. “There should be an OSHA standard on ergonomics to prevent that.”

In his address to the convention, Derrick Johnson, president of the NAACP, criticized GM’s “audacity,” in their recent decisions even though UAW members made significant sacrifices to keep the company afloat during the auto crisis a decade ago.

Johnson reminded members that if they are not together, they will lose the advances made by previous generations of UAW members. “You are the history to be made,” he said. “If you only rely on the past, you are not prepared for the future.” 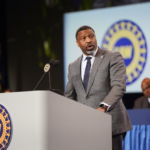 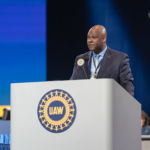 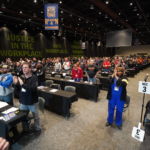 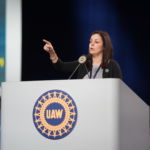 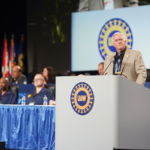