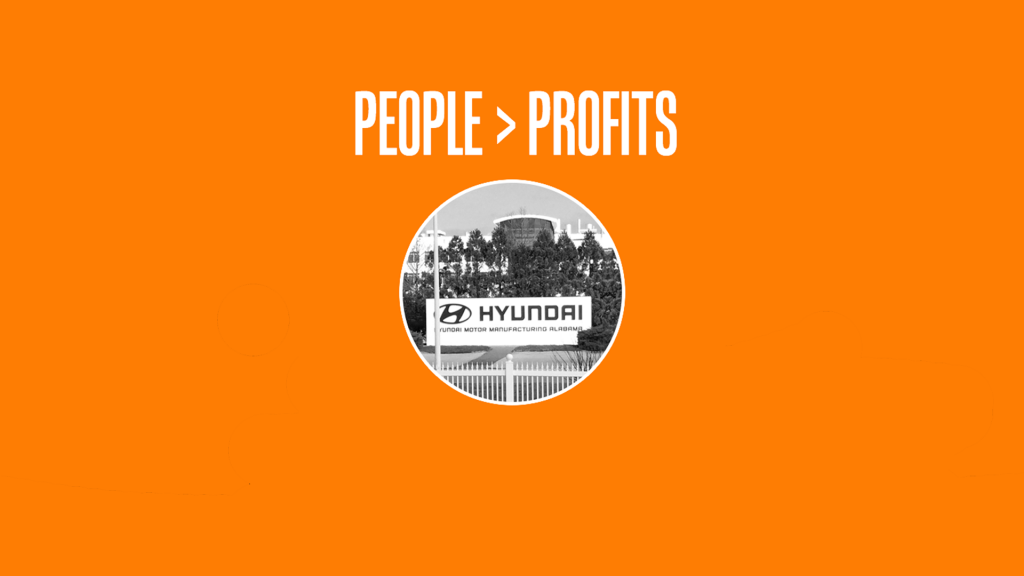 Workers Vow to Continue Speaking Out for Safe, Good Jobs

Selma, Ala. – The federal government has charged Lear Corp., a major supplier to Hyundai, with illegally threatening on multiple occasions to close its Selma factory in an effort to intimidate workers who are organizing for higher pay and basic health and safety protections.

In its complaint, the National Labor Relations Board also alleged that Lear supervisors interrogated workers over their support for organizing a union at the plant and repeatedly threatened them with job loss, blacklisting, and loss of benefits.

“We’ve always known that we have the right to speak out for higher pay and safe jobs, and now with the federal government moving to stop Lear’s illegal tactics, we feel more confident than ever that we will win the good jobs that auto workers and the Selma community deserve,” said Letasha Irby, a production worker at the Lear plant since 2006 who is paid $12/hour and who supports organizing a union with the United Auto Workers. “Lear doesn’t scare us.  What’s really scary is not being able to support my two children on Lear’s low wages, and that’s why we’re standing up for change.”

To remedy Lear’s illegal actions, the Labor Board asserted in the complaint that the company’s plant supervisor should be required to read a notice at an employee meeting which affirms workers’ rights to join together and organize a union. Alternatively, the supervisor would have to be present at a reading of the notice to workers by a Board agent.

Additional unfair labor practice charges against Lear are pending before the Labor Board. The complaint is the latest federal crackdown against Lear’s illegal mistreatment of workers. In 2014, the Occupational Safety and Health Administration issued citations against Lear for multiple serious violations of federal health and safety laws at its Selma plant, and last year, an Alabama federal judge granted the U.S. Department of Labor’s request for a restraining order against Lear after the company attempted to silence whistleblowers at the plant for speaking out about health and safety concerns.

Jobs at the Lear plant in Alabama are a microcosm of the declining pay and deteriorating conditions facing workers across America’s auto manufacturing industry. One in four manufacturing jobs in the U.S. now pays less than $11.91 an hour, and wages in the auto industry – the largest segment of America’s manufacturing base – have fallen far faster than the rate for all other jobs over the past decade, according to a report by the National Employment Law Project. For example, in the auto parts sector, which accounts for three out of four auto manufacturing jobs in the U.S., real wages have fallen by 13 percent in that period.