Fair Trade Makes a Difference: Rep. Mark Pocan tells delegates to make their voices heard on the Capitol Hill and in their communities 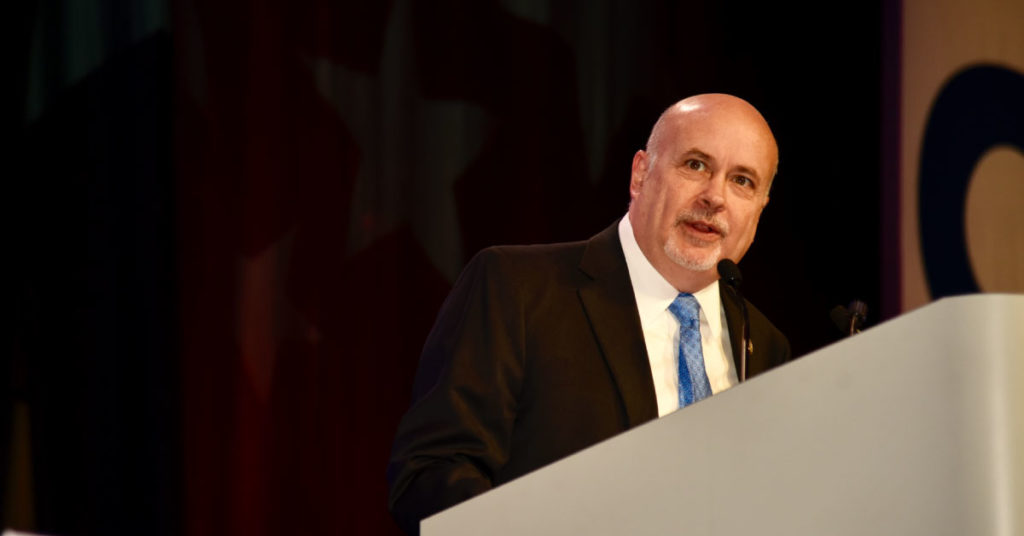 If things are going to change for the better in this country, organized labor must have a seat at the table, Congressman Mark Pocan told UAW CAP delegates Monday. That means that UAW members are essential to what can turn things around on issues such as fair trade, immigration and workers’ rights.

The burden for change falls on organized labor – the people who have fought, marched and put pressure on elected officials for laws and programs that have kept workers safe on their jobs, kept their communities strong and ensured that there was democracy in the workplace.

“We can’t let the big corporations and the Republicans take away our seat at the table. We have to stay united and fight,” he said.

Pocan impressed upon delegates what it means to live in or near towns where if a company ships just 36 jobs to Mexico, an entire community is devastated.

As a union member and the product of a union family, he knows that it is a sad day when a city that had been robust with manufacturing jobs that catapulted workers into the middle class now sees little of that and instead applauds jobs that pay no more than $12.75 an hour.

“We have seen very directly the impact of bad trade deals and trade laws and the impact on real families,” he said.

UAW members know him as a fighter they can depend on. As a union member and lifelong advocate for progressive causes, Pocan has led the charge in Congress against anti-worker bills and bad trade deals. His commitment for workers includes support for members of Local 42 in Chattanooga, Tennessee, who work at Volkswagen.

“We have to make sure our voices are heard again,” he said, explaining that though President Trump promised to fix NAFTA and bad trade deals, there has been little progress made on those promises.

“We have got to fight for nothing less than a fairly negotiated NAFTA that works for working people.”