The Facts on GM Stock Buybacks 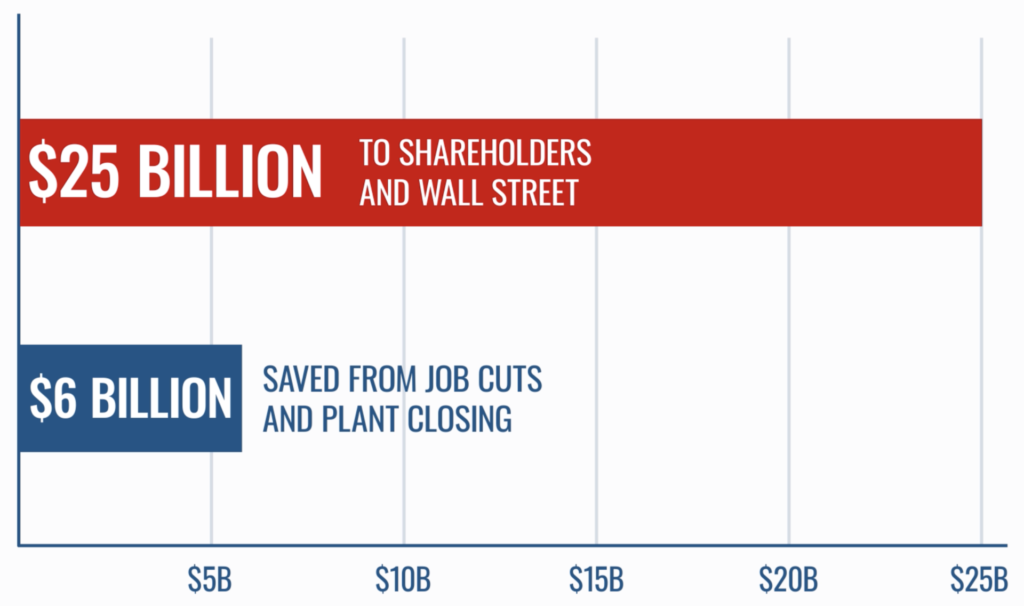 Over the past weeks, General Motors has tried to tell the American people that their decision to close plants in Michigan and Ohio, lay off thousands of workers, and ship jobs overseas was necessary in order to keep their company profitable. This could not be further from the truth.


Hard-working men and women have labored tirelessly to make 2018 an extremely profitable year for GM. Thanks to them, the company is now on pace to net over $10 billion in profits for this year alone.

Instead of using these profits to expand American manufacturing, create good-paying jobs, or reinvest in the laborers who’ve played an integral role in building the company’s success, GM has chosen to turn its back on American workers, while handing $25 billion to Wall Street bankers and wealthy shareholders in the form of stock buybacks and dividends.

GM is expected to save $6 billion from the plant closures and massive layoffs they’ve proposed, which is less than a quarter of the money that they’ve eagerly given away to their billionaire shareholders and friends on Wall Street.

We need to stand together and call this decision what it truly is: an immoral cash handout to wealthy corporations and billionaire investors at the expense of America’s hardest-working families. We, the taxpayers and auto workers, have invested in GM, now it’s time for them to invest in us.