Election 2020: We must protect health care

I’d like to begin this blog with a couple of comments about an issue that I feel very passionate about. In my more than 40 years with the UAW, I have had the benefit of very good health care coverage. Unfortunately, I can’t say the same for so many Americans across this nation.  Our national health care crisis is truly a disgrace and something we are compelled to remedy. When hard working men and women can’t afford to go to the doctor or are making decisions between buying food and filling life-saving prescriptions, we know something is very wrong.

That’s why in this election year, we must protect the Affordable Care Act (ACT).  Since its inception in 2010, the ACA, commonly referred to as Obamacare, has provided quality health care for millions of Americans. As of 2018, more than 20 million Americans have gained health care coverage as a result of Obamacare. With the ACA in place, we have seen the largest decline in the uninsured rate in decades — the lowest level on record.

This is an accomplishment that we can all be very proud of. But I am sorry to say that our opponents in Congress are hell bent on tearing down the protections of the ACA.

What they’re trying to take

Doing so now is illegal.

But the gains of the ACA are under attack. Republicans in Congress have steadfastly opposed the ACA and have attempted to eliminate, weaken or repeal it more than 100 times. In addition, the ACA’s navigator programs — which raise awareness about the availability of marketplace plans, help people apply for federal subsidies, and provide information about plan options — have been cut by nearly 84%. Medicare and Medicaid are also being whittled away by Republicans in Congress and wealthy special interests.

And they are not bringing better alternative ideas to the table. They are simply chipping away at what we’ve gained.

And the rich get richer 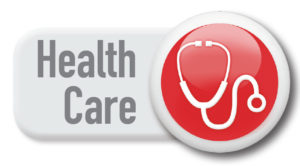 In 2017, House Republicans passed the American Health Care Act (AHCA), providing hundreds of billions in tax cuts to the rich by taking away health coverage from over 24 million people. This bill would have raised health care costs for seniors and discriminated against individuals with pre-existing conditions. Following the House vote on the AHCA, the Senate made attempts to pass the bill. The UAW fought against the AHCA in Washington, D.C, and around the country as tens of thousands of UAW members called on their elected leaders to oppose the bill. We were victorious and it did not pass.

However, since that time, it has become clear that the AHCA was a precursor of things to come. And the lack of success in efforts to repeal the ACA should not leave us unconcerned. The assault continues and in this election year, it is critical we support candidates that support the protections afforded by ACA.
>We must look closely and make sure we are well informed when choosing a candidate in regards to health care coverage. The conservatives in D.C. are trying to chip away at the ACA — lessening individual and employer mandates; encouraging health insurance plans that do not conform to ACA rules; and cutting back on Medicaid spending while promoting the use of health savings accounts.

Access to health care coverage has improved under the ACA. Yet too many people remain uninsured. The UAW’s ultimate goal continues to be a comprehensive, universal health care plan that will provide quality coverage for every person in the United States, which will bring down the cost of UAW negotiated health benefits.

Just ask the AARP, which lists key benefits of the ACA to include requiring insurers to provide: ambulatory patient services, prescription drug coverage, emergency care, mental health services, hospitalization coverage as well as pediatric and maternity care among other benefits.

The UAW has long supported various approaches to ensure working families have access to affordable health care.  Preserving the ACA and access to health insurance and quality care ensures that health care costs remain under control. We need the right to negotiate strong health care coverage and Universal Health Care — it is not an either/or situation.

Please support your brothers and sisters in the UAW community,  as well as our external communities, by educating yourself on the ACA. Share the facts with friends and family. Get the word out that health care and insurance for all is primary to our coming election and critical for the hard working men and women of this country.

No one in this great nation of ours should be making decisions between filling prescriptions for insulin and buying groceries. This is not the America I know and certainly note the America I want to know.

5 Jobs You Might Not Have Known UAW Members Do