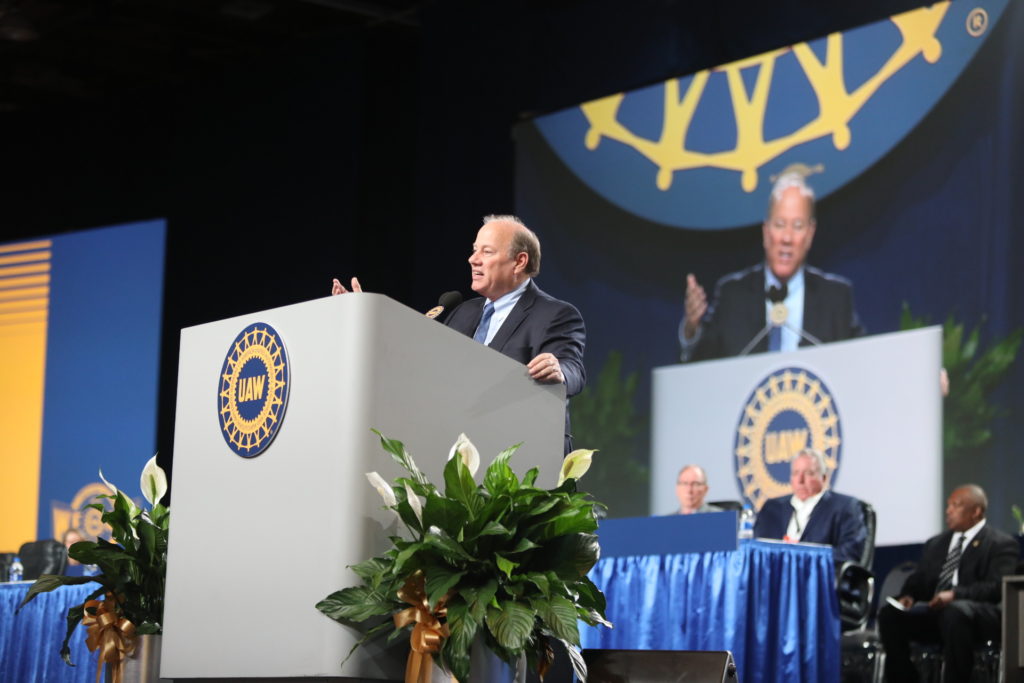 The UAW’s 37th Constitutional Convention opened this afternoon with a robust welcome by Detroit Mayor Mike Duggan extending a big thank you to the union for the good work members continue to do.

Approximately 1,100 delegates are attending the convention. The event is held every four years to conduct the union’s business, including electing International officers.

Mayor Duggan, now in his second term as Detroit mayor, has led the city through a turnaround that has netted international acclaim for a comeback that is reshaping the city into a bustling urban hub.  In his remarks, he praised the work of the UAW leadership and members for their commitment to the membership and the Detroit community.

He cited the combination of the city and union working together as a successful formula.