Dennis Williams, the UAW, and the Fight for True Democracy 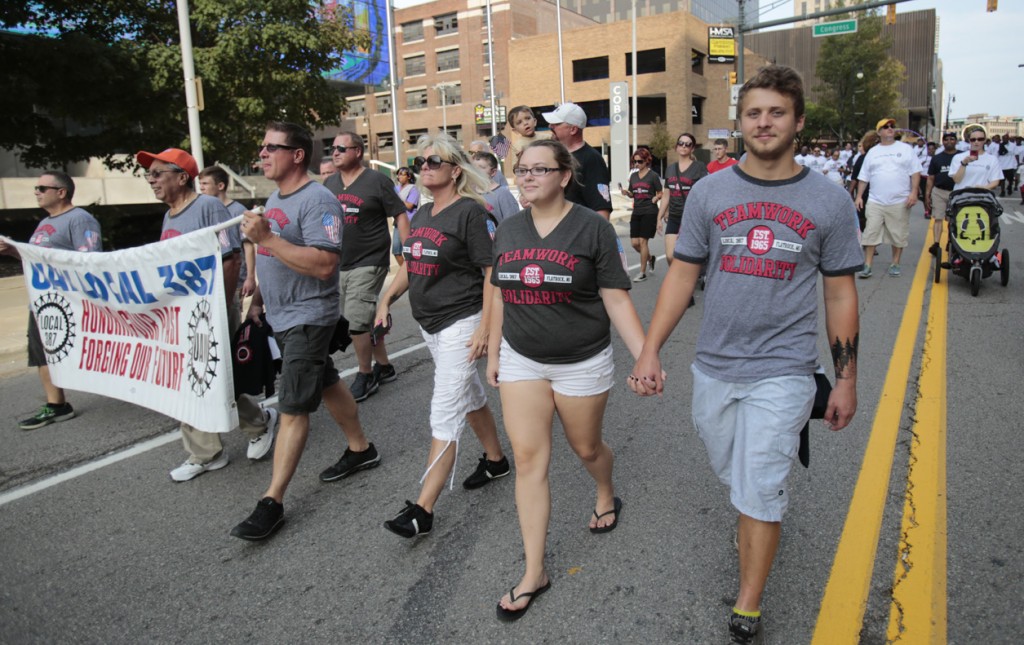 This blog post originally appeared on Demos.org and was written by the president of Demos, Heather C. McGhee

Each year, Demos recognizes leaders who are transforming America. From #BlackLivesMatter to Amy Poehler to Rashad Robinson, we have honored the people, organizations, and movements that are challenging our country to live up to the true meaning of democracy: a place where all Americans have an equal say and an equal chance.

Over the coming weeks, I’ll be telling you about the leaders we will honor this year. I hope you will join us June 1 in New York City at our Transforming America Awards & Gala to celebrate their accomplishments.

This year we’ll be honoring Dennis Williams—president of the United Auto Workers (UAW)—because he is a leader who stands up and fights not only for UAW members, but for all working families. Dennis joined the UAW nearly four decades ago as a salvage welder, and over those years he has demonstrated a commitment to what we at Demos describe as the long view. For Dennis, looking ahead and proactively fighting for change is central to promoting real and meaningful participatory democracy.

The UAW has been involved in every legislative civil rights battle since the 1950s, from voting rights to fair housing to prohibiting discrimination against ethnic and racial minorities, women, the elderly, and people with disabilities. Today, Dennis and the UAW are leading the charge against the rising cost of health care, instead of waiting for insurance and pharmaceutical companies to bring the fight to workers.

Dennis fights to make sure autoworkers’ voices are heard and listened to on the shop floor, in state capitals, and in the halls of Congress. His efforts, and the changes he champions for UAW members, make Dennis an important partner in Demos’ charge to create a democracy that empowers all people to have a say in the policies that affect their lives.

Thanks to a collective bargaining agreement UAW members negotiated, Ford Motor Co. announced just last week that it will invest $1.6 billion to upgrade two of its manufacturing facilities in Michigan and Ohio, an investment that will create or retain 650 U.S. jobs.

At Demos, we believe change happens when the voices of everyday Americans are lifted up. Dennis has made it his life’s work to do just that. Join us June 1 in New York City as we honor him.

We are so proud to honor Dennis in a few weeks. I hope we will see you there.