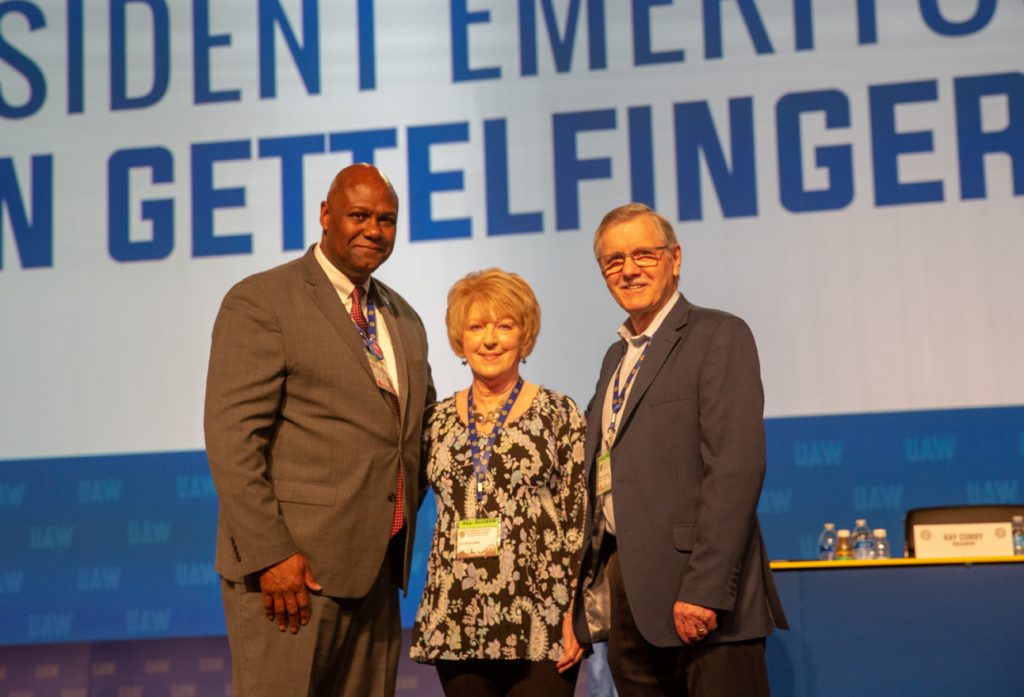 Convention delegates heard from Michigan Gov. Gretchen Whitmer, who thanked the union for its support and for help in making Michigan home to one of the “best workforces ever.”

U.S. Labor Secretary Marty Walsh, who is from a union home, told the group his support for unions is personal. “I’m a proud union member and the voice for workers in the president’s cabinet. I’m here because a union opened its doors to my immigrant family and me.”

The nearly 1,000 delegates unanimously approved language committing to advocating for women’s equity and gender justice, and combating gender-based harassment and violence in the workplace. Also, delegates approved strike pay beginning on Day 1 instead of Day 8, and another resolution that increases strike pay from $400 to $500 a week.

Much of the day focused on the nominations for International president, secretary-treasurer, and vice presidents. Voting for those positions will be by mail-in ballots. However, delegates voted for the first of two open trustee positions during the day’s session.

Newly elected trustee Emilio Ramirez was elected from a field of four candidates.

Nominations in the election to fill a second trustee position is scheduled for Thursday. Names of all nominees will be read into the record on Thursday.

VIDEO: The Devil’s in the Details