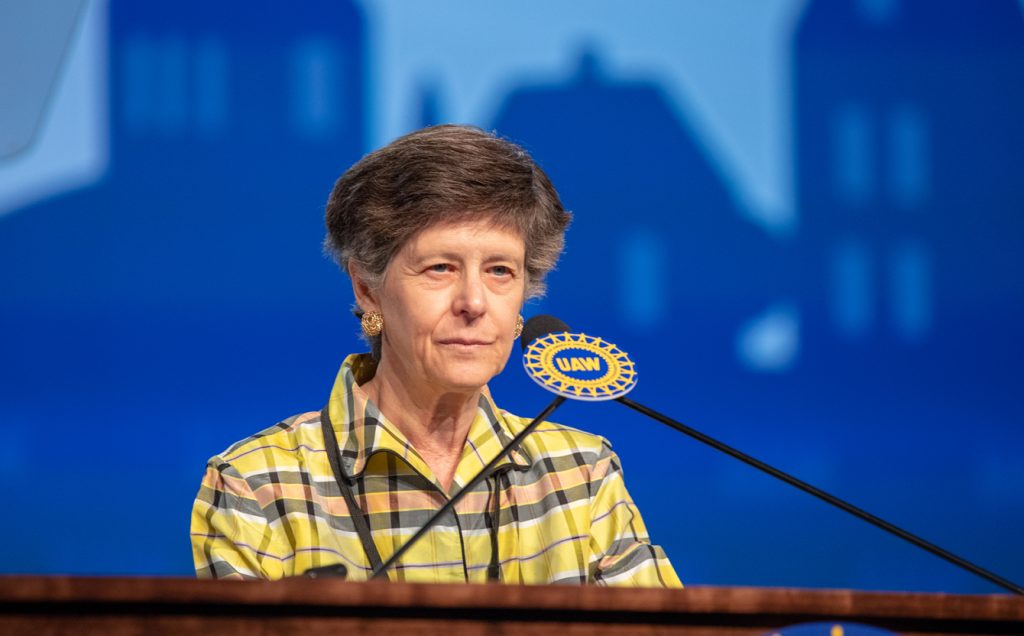 On the final day of the 38th UAW Constitutional Convention, delegates voted to reconsider a motion from Day Three that increased UAW strike pay from $400 to $500 per week then subsequently voted to keep strike pay at $400 per week. Previous delegate action made strike pay available on the first day of the strike.

“Democracy is a powerful force in our union, and the delegate body has reconsidered its decision of Wednesday,” said UAW President Ray Curry. “Make no mistake – our union remains committed to the right to strike and hold companies accountable as shown by prior increases put in place by the International Executive Board and the expansion of strike pay to the first day of a strike.”

The nearly 1,000 UAW delegates from throughout the U. S. (Including Puerto Rico) and Canada elected Dana Davidson, UAW Local 249, Region 4, as a trustee for a term ending in 2034. An election on Wednesday elected Emilio Ramirez, UAW Local 5242, Region 2B, to a trustee position ending 2030.

Following a report by UAW Ethics Officer Wilma Liebman, delegates approved a recommendation to extend the union’s ethics committee until the next constitutional convention in 2026. Delegates also strengthened the UAW Ethical Practices Codes.

Delegates concluded convention business by approving the use of gender-neutral language and strengthening language on the duties of local union members. Another resolution added an organizing committee to the union’s standing committees. Also, delegates unanimously approved a resolution to authorize the International Executive Board to use legal resources to recoup from UAW officials convicted of felonies the estimated $12.9 million in costs related to the court-appointed Monitor.  This is in addition to the $1.1 million currently still owed in restitution for monies fraudulently taken from the UAW.

“The 38th UAW Constitutional Convention showed the spirit and democracy of our members,” said Curry. “Delegates engaged in robust debate, enjoyed vigorous exchange of opinions, and voted on important union issues to carry us forward.”

UAW President Rory L. Gamble Praises Senator Stabenow’s Made in America Provision Reported Out of Committee in the Clean Energy for America Act