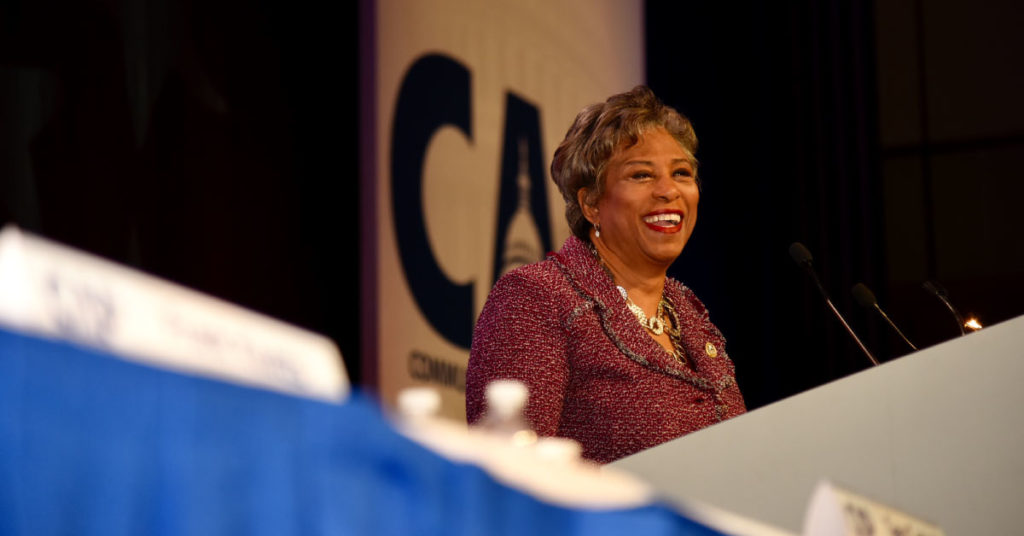 “I grew up knowing that if you went to an auto plant you would instantly be in the middle class, because the UAW fought for workers to earn wages that would help them support their families, send their children to college and make a difference in their communities,” Congresswoman Brenda Lawrence told CAP delegates.

In an impassioned speech, Lawrence recalled past decades when organized labor paved the way for laws and programs that helped to create economic and social justice for America’s families.

She challenged members to remember that “what is done to the least of us affects all us” and that UAW members know how to get things done.

“This America that we pledge allegiance to belongs to all of us,” Lawrence said. “It’s our Constitution, too. And it’s time for working people, organized labor and UAW members to fight back harder than ever.”

Congresswoman Brenda Lawrence was re-elected to the House of Representatives in 2016 and serves as a Senior Whip, Vice Chair of the Congressional Caucus for Women’s Issues, and Secretary of the Congressional Black Caucus. She also serves on the Transportation and Infrastructure, and the House Oversight and Government Reform committees – and on several subcommittees.

Born and raised in Detroit, her career began with the U.S. Postal Service and includes her election as the first African American and first female mayor of the Detroit suburb of Southfield and her election in 2016 to Congress to represent Michigan’s 14th district.

“I came from a family that would sacrifice the food on our table to make it right for all families.”

Union members will make a difference again, she said, just as the UAW has done over and over so many times in the past.