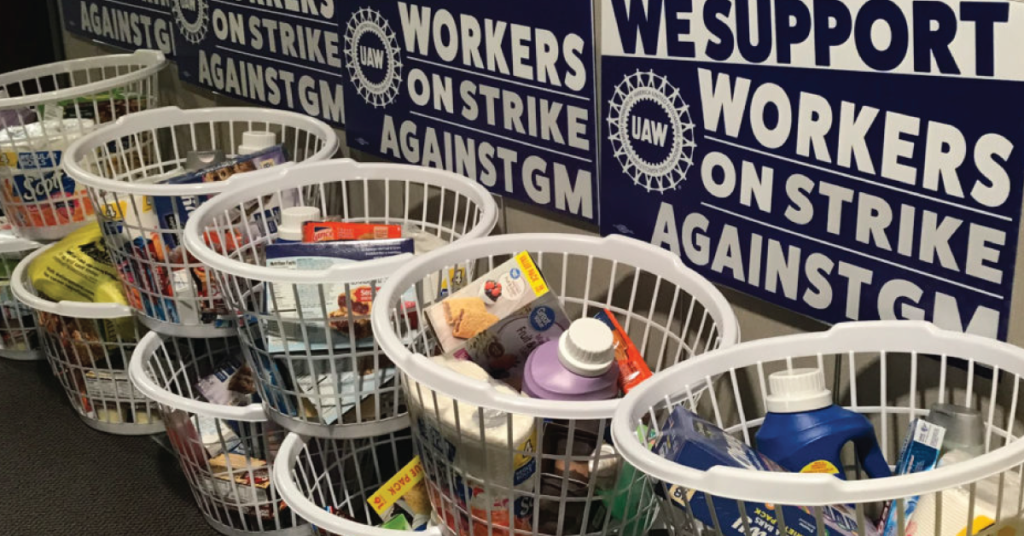 For over one month, 48,000 UAW members have been on strike across the country in hopes of securing a fair contract with General Motors. Twenty four hours a day, seven days a week, members have taken turns holding the picket line, running their union halls, and distributing donations to keep members fed and sustained throughout the strike.

UAW members and their families have willingly sacrificed in order to secure higher wages and stronger benefits for thousands of American workers. Operating on just $275 a week in strike pay, members have been courageous in the face of financial hardship, and continue to stand together to demand dignity and respect for America’s middle class.

In addition to UAW members and their families, the extreme generosity of local businesses, faith leaders, elected officials, and regular citizens has allowed us to stand strong during this historic strike.

Union pantries overflowing with food donations have filled the bellies of children whose parents are going without regular paychecks. Discounts at local restaurants, free oil changes, and free haircuts have allowed families to avoid major disruptions to their daily lives while budgets are tight. Everyday people and members from other local unions taking to the picket line to stand shoulder-to-shoulder with members on strike. These incredible acts of solidarity have demonstrated to UAW members that their communities and leaders are standing with them in the struggle for a fair contract.

Thanks to the outpouring of national and community support, UAW members know that the American people will support them through the remainder of this strike, and that regular citizens can be counted on to defend the rights of working people, both now and into the future. 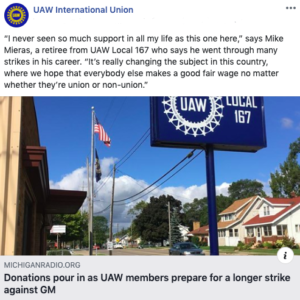 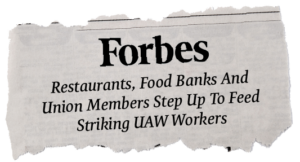 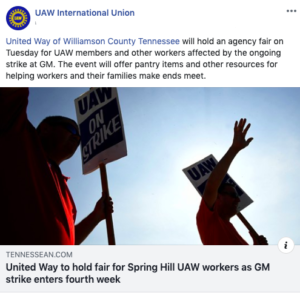 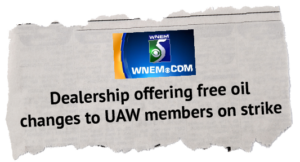 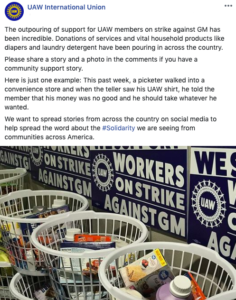