Communication is Key – LUCA helps us stay in the know 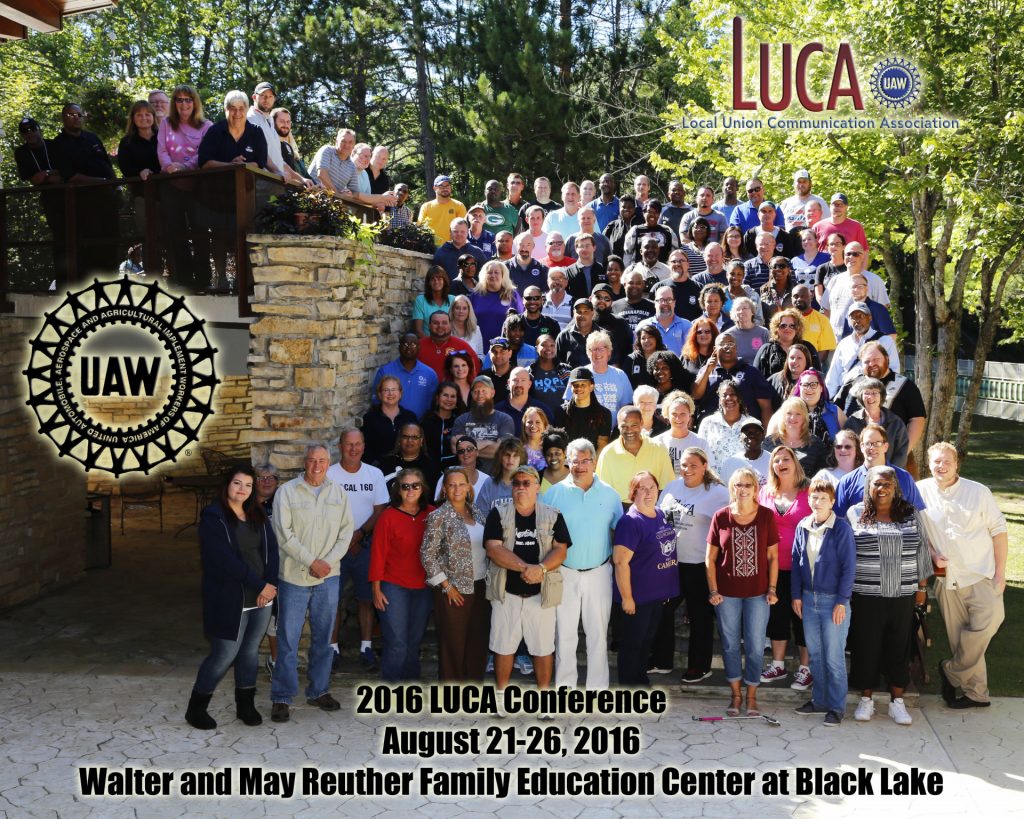 When local UAW members want to know what’s happening in their local and what the issues are that bring them together – like who the best candidate for workers is in the upcoming election – there’s no one they trust more than their union local. The UAW members who make that communication happen work tirelessly, usually on their own time, to bring it to their union sisters and brothers. Using all the platforms available to them such as social media, photography, video, publications, websites, email, texting and more, the UAW-Local Union Communications Association (LUCA) on Aug. 25 honored those hardworking communicators for a job well done over the past year.

The UAW-LUCA communicators were recognized at their regular conference at the Black Lake conference center with awards for winners of LUCA’s Excellence in Communications Contests.

Winning an expanded Alfred E. “Pops” Nudi Spirit Award contest in the Unsung Hero category, for inspiring and mentoring other union members for several years, was Local 900’s Danita Brantley. Brantley has been involved with her local for 19 years, is the local’s newsletter editor and was nominated for actions over the years that demonstrate “hope and solidarity for the future.” Local 685 Mike Rankert was this year’s Pops Nudi Lifetime Achievement Award recipient, having been involved in several leadership positions at his local, including editor and website administrator, for decades. He’s also a longtime LUCA member, taking his first trip to Black Lake in 1972.

In the Website contest, the Best SolidWeb website award was given to Local 578, and Local 1981 received top honors for the Best non-SolidWeb website category. Local 602 took first place for Best Social Media in the Social Media contest, and Region 1A Retiree News was the winner of the Photography contest’s Best Photo category. Local 685’s Retiree Chapter came in first in the Video contest’s Best Video category.

There were many other award winners that night at Black Lake, but all the LUCA communicators there were winners in the UAW’s book. Congratulations to all!

One Year of the Tax Scam