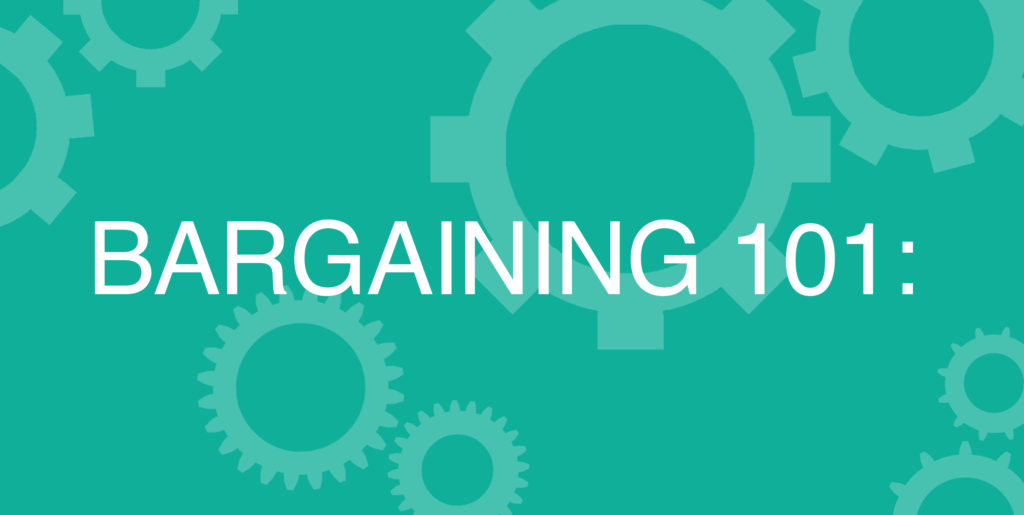 When a UAW bargaining team heads to the table, negotiators begin with management where they left off in the last agreement.  This happens because of well-established federal labor law that holds that when a contract expires, the employer must maintain all terms and conditions of employment until a new contract is ratified or imposed if the parties are at true impasse (which means the parties were not able to reach an agreement after exhausting good faith bargaining).

In practice, this means it is illegal for companies to tell workers who are organizing that they will “start from zero” when they form their union.  Instead, they start from the current practices and policies of their employer.  It also means that the employer violates its duty to bargain in good faith with the union if it were to unilaterally cut wages that existed prior to the agreement’s expiration.

Scott McAllister is a four-term president of UAW Local 5286 in Gastonia, North Carolina.   He represents over 1,200 UAW members at the Freightliner parts manufacturing plant (also known as Daimler Trucks N.A. Components and Logistics), and has participated with five bargaining teams.  “We’ve built on each contract, without a doubt.  It can be slow, but our contracts today are much stronger than they were when we started,” says McAllister.

In bargaining that took place last year, all the Freightliner locals achieved “common language” between the plants.  On important issues such as wages and benefits, all six of the UAW-Freightliner agreements now have the same language. “This was a great win for our members because it stops the company from whipsawing us against one another.  It took years to get to the place where we could get this language, but it was always a goal.”

Bargaining is an ongoing process which factors in long-term goals. “We start out with our priorities, but that’s not the end of the story.  Management has its agenda,” says McAllister.  “This last time, our big goal was to end or minimize tiered wages, but as soon as we hit the table, management announced it wanted to freeze pensions and strip out retiree health care.  We spent a lot of time fighting that back and had to balance our other bargaining priorities.  No doubt the next time we are at the table, we will strengthen the other parts of our agreement.  It’s a balance that occurs not just in one agreement but in multiple agreements.”