Brush Up On Your Union History 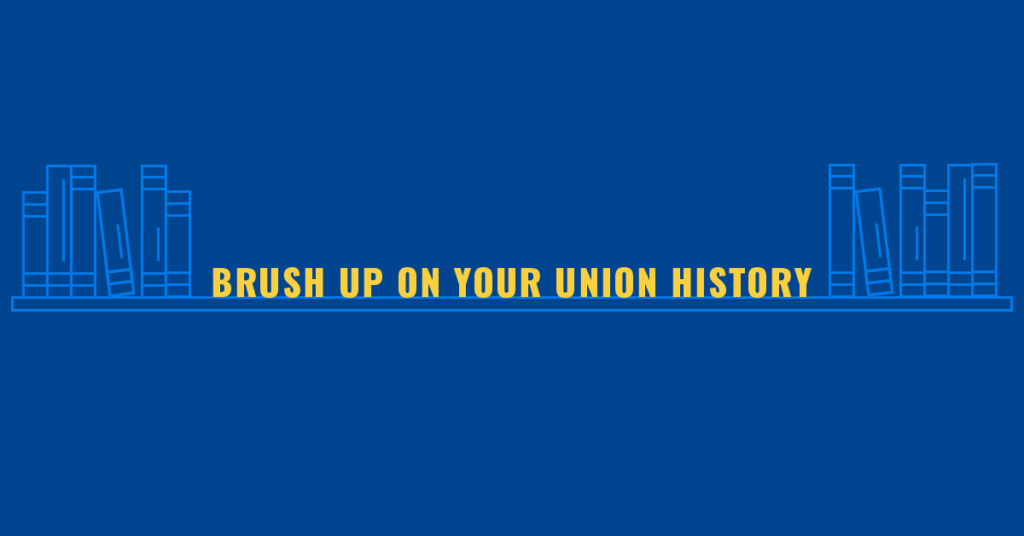 The history of organized labor has been rich with dedicated individuals, larger-than-life heroes, and momentous achievements for the American worker. It also serves as a fascinating topic for authors, and their readers. If you’re interested in catching up on the ins-and-outs of the union movement, here’s a reading list to get you started:

“What Unions No Longer Do” (2014) by Jake Rosenfeld — From workers’ wages to presidential elections, labor unions once exerted tremendous clout in American life. Sadly for workers, that influence has been eroded. What Unions No Longer Do lays bare the broad repercussions of labor’s collapse for the American economy and politics.

“State of the Union,” a study by Nelson Lichtenstein, published in 2002 and updated in 2013 — Lichtenstein examines how trade unionism has evolved via a compilation of ideas, stories, strikes, laws, and people in an examination of work and labor in the twentieth century.

“On the Clock” (2019) by Emily Guendelsberger — After the local newspaper where she worked as a reporter closed, Emily Guendelsberger worked at an Amazon fulfillment center, at a call center, and at a  McDonald’s. Guendelsberger shows us how workers went from being the most expensive element of production to the cheapest – and how low wage jobs have been remade to serve the ideals of efficiency, at the cost of humanity.

“Beaten Down, Worked Up” (2019), by Steven Greenhouse — In an era when corporate profits have soared while wages have flatlined, millions of Americans are searching for ways to improve their lives, and they’re often turning to labor unions and worker action, whether #RedforEd teachers’ strikes or the Fight for $15. Greenhouse examines wage stagnation, low-wage work, and blighted blue-collar communities and the decades-long decline in worker power.

“The Big Squeeze” (2008), by Steven Greenhouse — Greenhouse’s first book on unions explores the economic, political, and social trends that transformed America’s workplaces, including the decline of the social contract that created the world’s largest middle class and guaranteed job security and good pensions.

University of Washington Postdocs: It’s official: WE ARE A UNION!