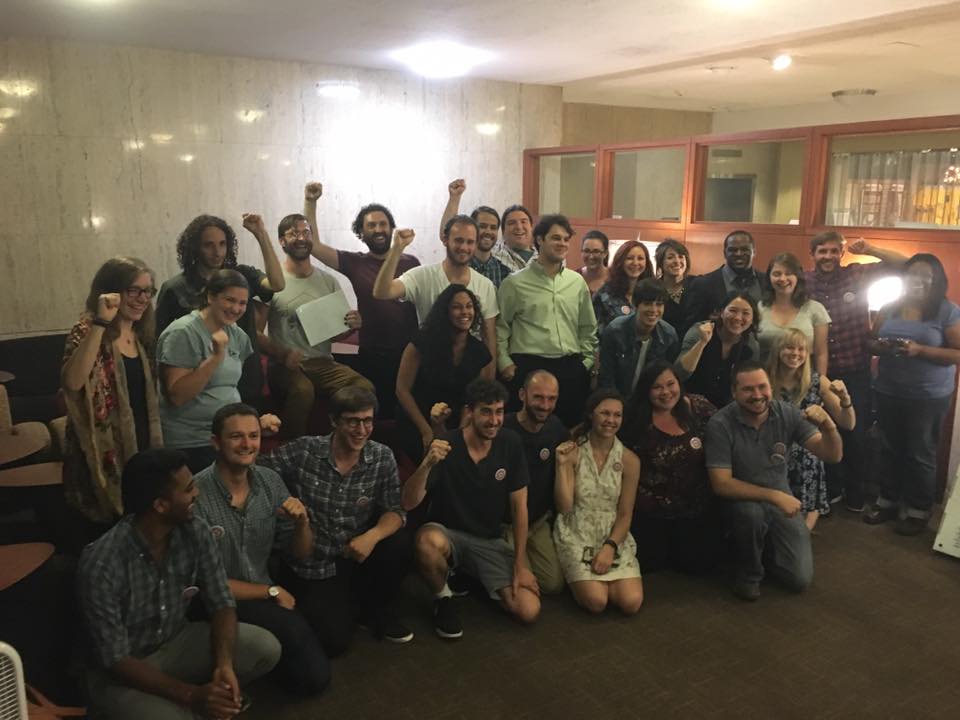 Boston, MA – Graduate workers at Boston College have voted 270  in favor to 224 to join the United Auto Workers (UAW), according to ballots tallied Wednesday night by the National Labor Relations Board. Their victory caps a three-year effort to win recognition and required them to overcome a hostile employer, who sent out last-minute emails via campus Deans urging a no vote. With this vote, more than 10,000 academic workers have opted to become part of the UAW in the Northeast in just the last four years.

The Boston College Graduate Employees Union (BCGEU-UAW) will represent close to 800 workers. They join nearly 65,000 academic workers nationwide who are represented by the UAW.

“We are thrilled with the outcome tonight,” said Bryn Spielvogel, a PhD student and graduate teaching assistant. “We have been fighting for this for so long. Having a union means we can finally start to make improvements to our working conditions at BC. Our next step will be to democratically prioritize the changes we plan to bargain for.

“We are confident that our union will be good for us and good for the College, and we expect them to join NYU, The New School and other administrations and negotiate in good faith,” Spielvogel said. “Securing fair pay, for example, will allow us to focus on contributing to BC’s academic mission – not on whether or not we can pay the rent.”

Today’s news is the latest in a string of recent academic organizing victories for UAW in the Northeastern region. Since late 2013, 10,000 academic workers – student research and teaching assistants and contingent faculty – have become part of the UAW in the greater New York City area. Thousands of graduate workers are also organizing to join the UAW in the Boston region, including at Harvard, where a new election has been ordered after the regional NLRB determined that Harvard failed to provide an accurate voter list in an inconclusive vote last November.

“I want to congratulate BC’s graduate workers on their hard-won campaign, and welcome them to the UAW,” said Julie Kushner, Director of UAW Region 9A.  “Their determination to win their union is an inspiration to our UAW members and to workers everywhere. We look forward to supporting them as they move into bargaining a contract. We have a history of successfully bargaining with NYU, UConn, UMass and most recently, the New School, and are looking forward to engaging in a constructive dialogue with Boston College.”