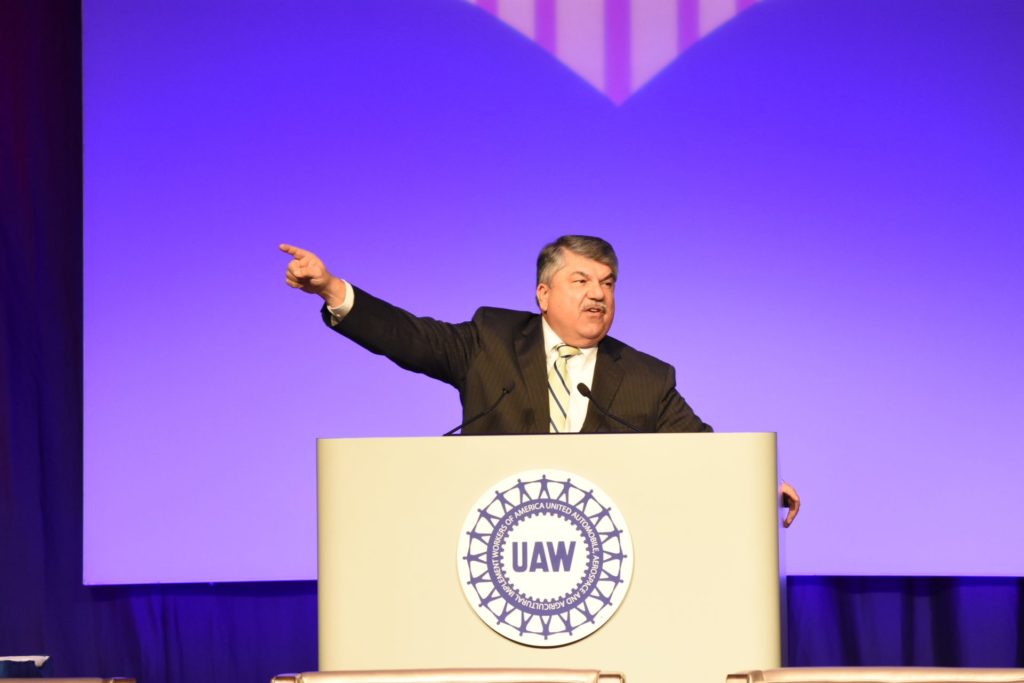 “It’s time to drop our shield, pick up our sword and go on offense for a while,” Trumka said.

Trumka added that it was time to aggressively push our agenda in Washington, including protecting pensions, Medicare, Medicaid. Social Security, rebuilding infrastructure and protecting our water from becoming poisoned like it did in Flint, Michigan.

“These investments will pay dividends for generations to come and will make our country more competitive in the world,” he said.

On trade, Trumka noted that the U.S. currently has a $350 billion trade deficit with China; $150 billion with European countries; $71 billion with Mexico and $69 billion with Japan. The total trade deficit for 2017 was $566 billion or 12.1 percent more than 2016. More jobs were outsourced in 2017 than any of the previous five years. And the new tax law gives corporations more reasons to ship jobs out of the U.S.

The labor federation leader also said it was important to have more union members running for office and to ensure all elected officials understand the union agenda.

“That’s why we must hold each and every elected official accountable – regardless of what party they belong to,” he said.

Trumka criticized the Trump administration for doing away with regulations that protect overtime pay and health and safety, noting that 150 workers die from injuries and occupational illnesses every day. If 150 people died each day from terrorism, the public would be screaming for action, he said.

Public approval for the labor movement stands at 60 percent and is rising, particularly because younger people are becoming members, he said. The labor movement has gained 260,000 members in the last year, including 56,000 in Michigan, which passed a right to work law in 2012.

“No matter what, we’re going to keep growing our movement,” he said.