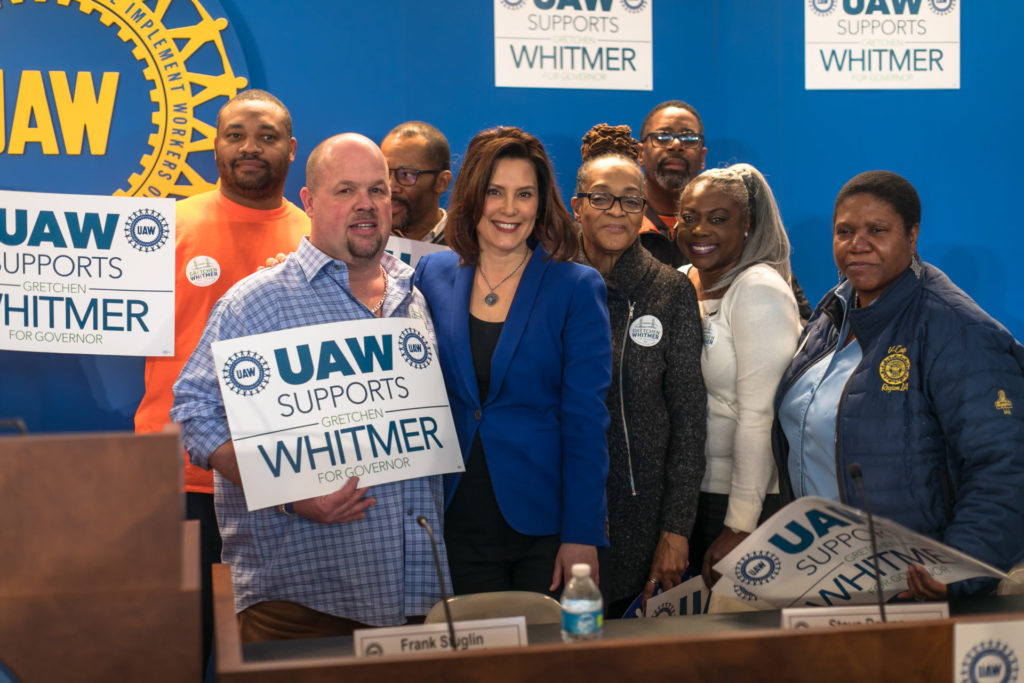 Gretchen Whitmer is Michigan born and raised. She shares our Michigan values and the grit that so many UAW members take to the job each day. Here are just 5 of the reasons members like us support Gretchen.

1. She fought to expand Medicaid

2. Gretchen got the minimum wage raised

Republicans didn’t want to act, but grassroots activists put the minimum wage fight in front of the Legislature, and Gretchen fought hard to ensure that the minimum wage increase got signed into law. Today, minimum wage workers get raised year after year — so wages rise as costs rise for lower-income workers.

3. She fought Governor Snyder’s cuts to our local schools

Through her entire career Gretchen has put kids first, so when Governor Snyder worked to cut school funding she was a fierce advocate against those cuts.

4. Gretchen has advocated for tax fairness

When corporations came looking for a handout, Gretchen asked, “What are we doing for working families?” That’s something we desperately need. Families need help, not huge corporations and their wealthy CEOs.

5. Gretchen Whitmer was a champion for the UAW and fought ‘right to work’

In 2012, DeVos family and Governor Snyder jammed through right to work and tried to lock citizens out of the capitol. Gretchen stood arm and arm with workers fighting that attack on the rights of working people.

Spring into wireless savings with Union Plus