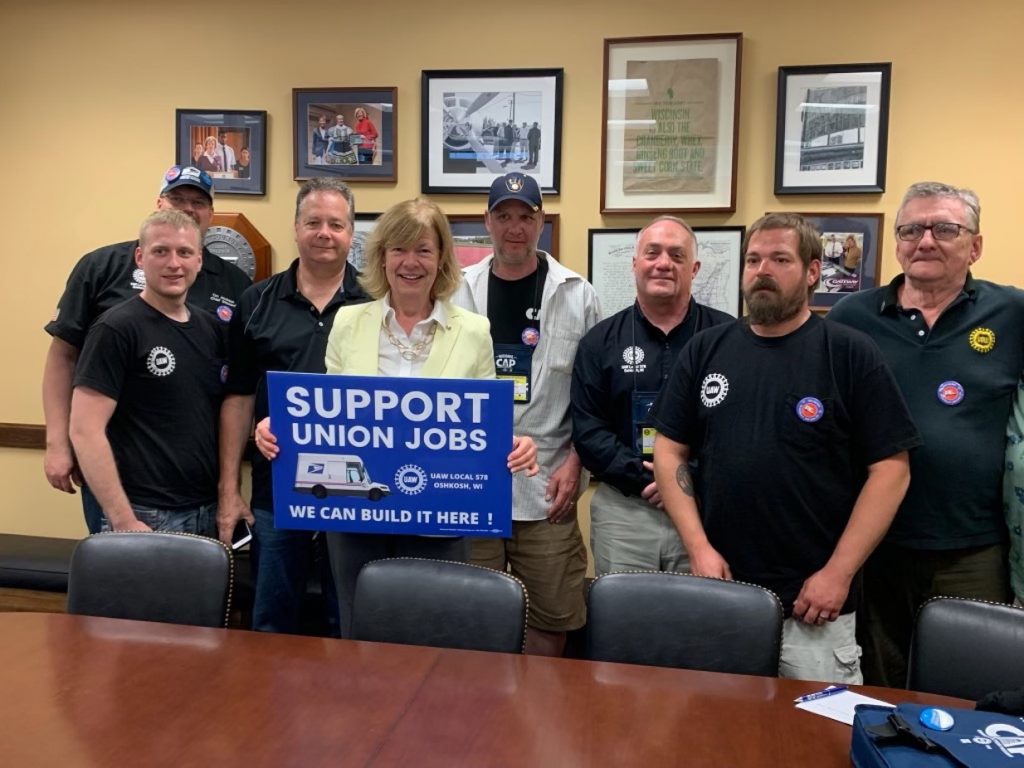 The morning gets busy

While CAP Conference Delegates planned their day, the National Veterans Advisory Council met to discuss issues affecting our many UAW members who have served in the military.  President Curry – himself an Army veteran – addressed them at their breakfast.

Michele Springer, member of Local 1248 in Region 1, hit the ground running today.  “I am gaining so much knowledge this week to take back to my local and other 1248 members.”  Springer added, “I want to encourage the younger members in my facility to get involved with politics.  We have to continue to hold politicians accountable and stay abreast of the laws being put in place that will have an effect our jobs and communities.”

Tim Walbolt also feels urgency about the work of this week. “My biggest goal is to talk about the Build Back Better plan. It’s my main focus,” the Recording Secretary of the Toledo Area CAP Council and member of Local 1435 in Region 2B says.  “We have a small part that is assembled at our Stellantis Powertrain Plant.  Many of the pieces are made overseas.  We would like the support to have more of those parts made in the United States, particularly in Ohio,” Walbolt says.  “It is an honor to be here to represent our membership and my plant.  It is also a responsibility.”

Wence Valentin III, President of Local 774 in Region 9, knows that there is a lot at stake, especially for his plant which produces engines.  “We represent about 4,000 retirees from my local.  As a former benefits representative, I realize how important it is for our retiree members to be protected by prescription drug prices. Health care is also important for striking workers. In 2023, it is going to be a battle and we need to have all of the ammunition that we can to fight these corporations.  That is very important to me and our membership.”

The afternoon was filled with lobby visits and meetings with the delegate’s representatives.  UAW CAP delegates applied the information learned in the meetings as they discussed the important issues on the Hill.  The objective was to take current issues that affect labor and communities to the people that have been elected to help solve problems and hold them accountable.  Union members have a voice and as activists, can help shape the narrative of laws and policies locally and nationally.

For Diana Swartz, Recording Secretary for West Central 4 Council and member of Local 450 in Region 4, lobbying is a highlight of the week.  “The speakers were great, but I’m very much keyed into talking to our elected representatives and holding them accountable.”  A self-described political junkie, Swartz is motivated to remind her elected officials about the importance of representing the members of their district who come out to campaign for them.

Taking a look back: Child Labor