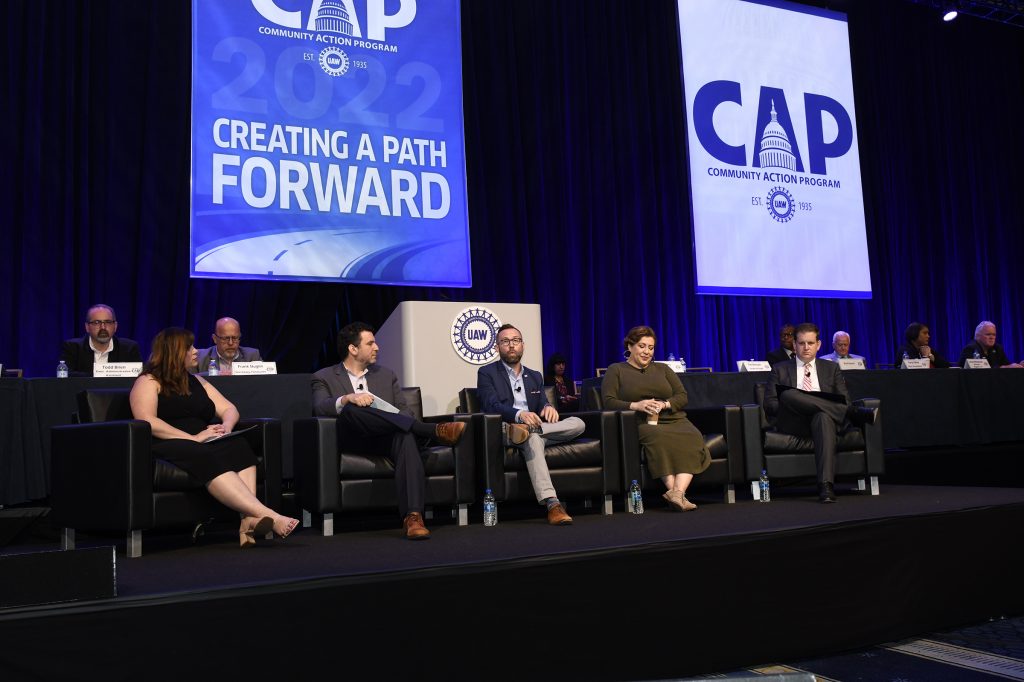 The day began early with a robust agenda of speakers and panelists that touched upon the mission of UAW National CAP Conference delegates this week.  The participants listened to uplifting and inspiring speeches on a variety of topics that are close the hearts of men and women across the country.  Each speaker had a perspective that rings true to labor and their presentations reinforced the importance of the upcoming midterm elections.

For Corey Frost (President of Local 898 in Region 1A), hearing from officials who understand the day-to-day issues in the workplace and how government affects union members is important.  “Hearing the Secretary of Labor), Marty Walsh talk about his long history of being a member of the Laborers union reminds me of how committed the White House is to labor unions.”

Niels Chapman, Jr. (Local 5287 in Region 8) also listened intently to the speakers and became instantly energized from what he heard. “It was refreshing to hear a speaker like Rakim Brooks from Alliance for Justice. He was very relatable as he spoke about his mother being a union member.  Also, I thought that he did a powerful job of explaining the importance of how judges matter to working people when it comes to health and safety or unfair firings. That’s why we need judges who have experience with labor and economic struggle to more fairly represent all of us,” said Chapman.

Other delegates were moved by the passionate entreaties of speakers such as One Fair Wage’s Saru Jayaraman.  “Minimum wage is not enough for anyone to live on.  It is definitely not enough money to raise a family,” said Art Reyes (Local 598, Region 1D).  “We need to raise the minimum wage in Michigan and other states.”

After a morning of presentations and a voting rights panel, delegates headed to small group workshops to learn more about this year’s lobbying issues.  The UAW Education and CAP Departments taught the policy behind our issues as well as the skills to be effective advocates.  “I gathered a lot of useful information in the workshops,” said Diego Sanchez, a newly organized member of 2325 in Region 9A.  “We all have to be activists in this political climate.  The workshops stressed the importance for local union members to participate in local, state, provincial and federal elections.”