Take a look at the guide and make a choice that’s good for our entire economy. Buy union today! 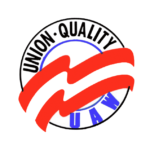